We try to dress up at work for Halloween, or the day closest to it. Since whatever we wear has to be dog-proof, there are limitations. This year I felt inspired. 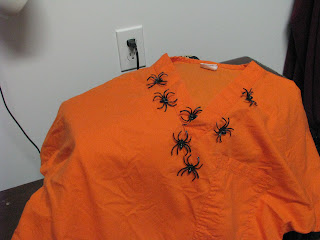 A scrub shirt I don't usually wear to work (I wear it to walk in the woods during the warm part of hunting season) and a pack of spiders that I bought years ago by mistake when I wanted spider rings instead. I was worried that the safety pins would come open and stab me when small wiggly dogs tried to climb up my chest, but it didn't happen. 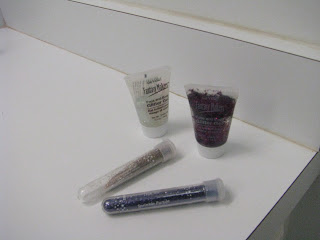 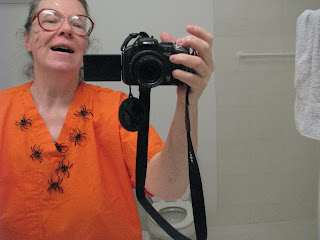 It is extraordinarily hard to take a picture in the mirror without letting the camera hide much of the subject. Above, you can see some of the glitter makeup, which was supposed to make a web pattern on my face, but didn't quite (glitter makeup is quite independent-minded), and the spiders on the shirt.
Below, you can see at least one of the spiders in my hair, but the glitter in the hair does not show up. 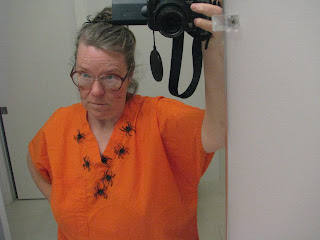 I wore it again Sunday while stewarding at a dog show, and received many compliments and a few "Ew! I know they're artificial, but--ew!" comments.
Posted by solarity at 3:37 PM