WARNING: HIGH GRUESOME QUOTIENT BELOW. (No pictures, though.)

I found a dead mouse under the sink in the glue trap when I got a new garbage bag out, which wasn’t there the last time, not longer ago than a day and a half. Do I have cannibal mice? Or worse? SOMETHING had eaten from it. It certainly hadn’t had time to decay in less than a day and a half, but most of its lower body was missing, certainly all the guts, and most of one leg, and there was a bite mark in the skull. I wait with interest to see what happens in the other three traps. The instructions said to check them after three days and if nothing was caught to move them to a new location, but the two in the kitchen were right where I had found mouse poop, so I waited, and a week later, here’s this guy, who really was incredibly long-haired, which I had doubted when I caught a glimpse. If I have mice, must they really be Persian mice?
Posted by solarity at 7:14 PM 9 comments:

In the eighteen months I've been working here, I don't think I've seen this orchid bloom before. 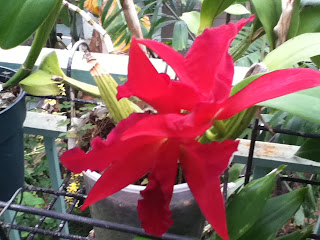 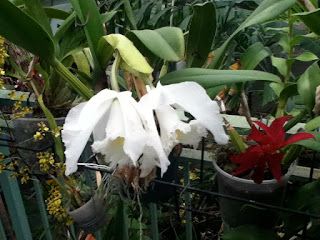 The white one is a familiar one, although for the niece of a florist I can't remember very many variety names. 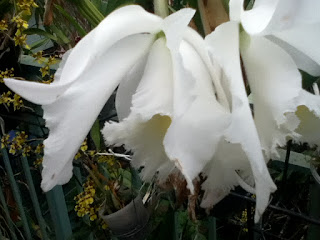 This one I could only shoot by holding the iPod out over the edge of the catwalk railing and praying I wouldn't drop it when I tapped where I hoped the shutter was, since I couldn't see what I was pointing at. 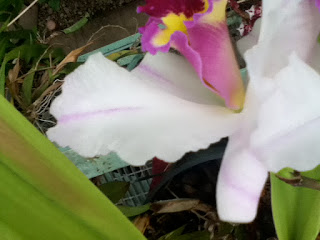 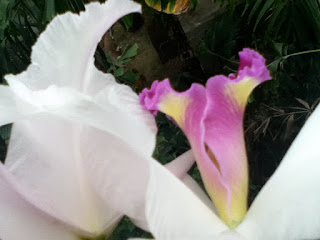 Then there are these, which always grow facing across the open space, too far away for the iPod to focus on them. Some time I must take the real camera with me and take great care not to let it get damaged while I'm working. 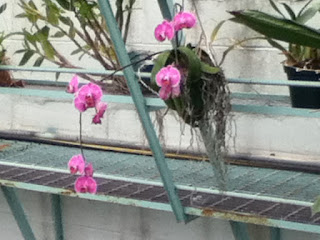 We haven't gone quite as far for Valentine's as we did for Christmas, but we're ready. 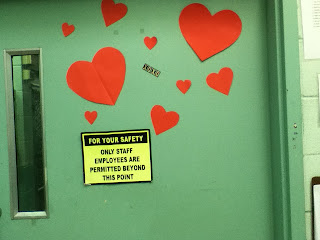