More head hiding is going on at work. 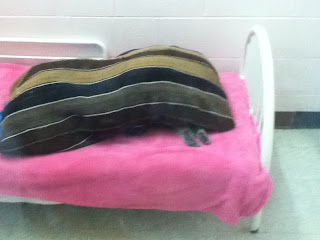 I assure you there really is a whole cat under that pillow, not just a pair of feet. I was told, by people who saw them moved into the suite, that another cat was under the bed, but I saw no evidence. If you could see the litter box (just out of frame to the right) you'd see that it was without a pawprint.


There is a whole chihuahua under that striped bed. He's not as lucky as the cat; his bed isn't floppy enough to cover him entirely. 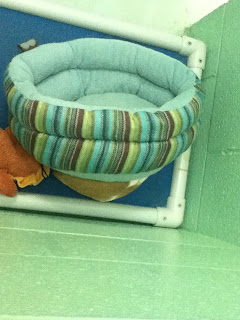 And this fellow isn't really hiding. His face is behind the bed... 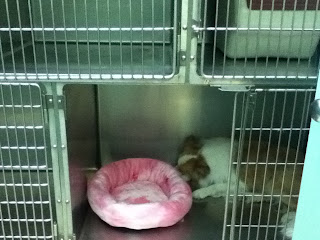 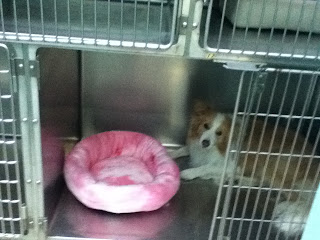 ...because his sister won't let him use it. We put three beds in their room, and she chased him out of all of them. 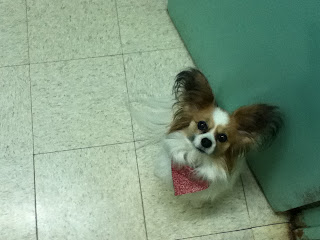 She rules. You can see that at once.