the deer are back!

The deer, who disappeared about two weeks into hunting season, leaving the corn put out for them untouched, leaving no foot prints, have finally returned. 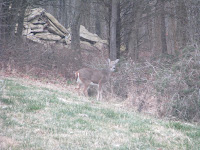 Not skittish at all, since they let me stand at the kitchen window and take pictures, where before I've had them bound off as soon as I raised the camera. 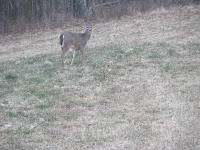 They did watch me closely, though. 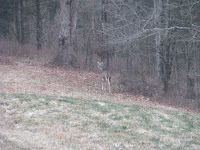 There were actually three of them, but I never managed to get more than two in one shot. 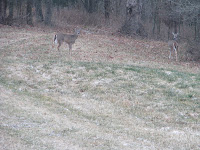