I went out to check on the daffodil growth.

First I spotted these poking their leaves up near the house. My grandmother (I brought these from my parents' house, and those came from my grandmother's garden, where they came from a friend of hers) called them paperwhite narcissus, but they aren't like anything called that in the catalogs I've seen. 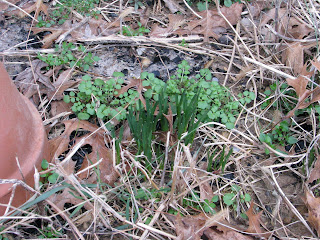 Around the corner of the house there are more of them. 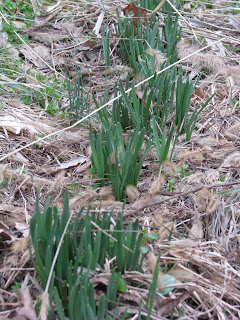 Also the daylily I accidentally transplanted with them. I didn't even see the second daylily in the top left until I had the pictures on the computer. Considering that this particular plant was run over by the tractor three times last summer, and string trimmed twice by me, who knew where it was, its reproducing itself is amazing. 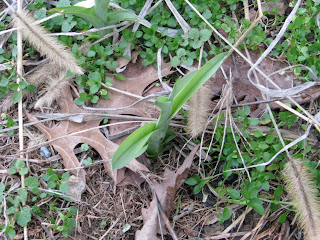 When I got down the hill, the daffodils were inches taller, with buds almost ready to open. 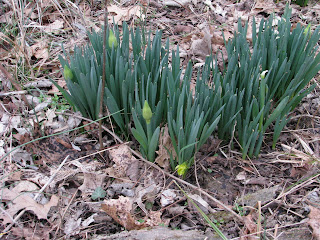 And there are plenty more to come. 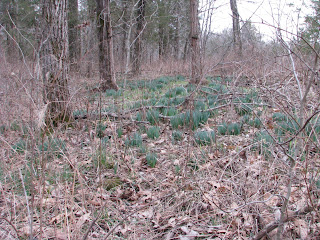 Showing color, but not open all the way. 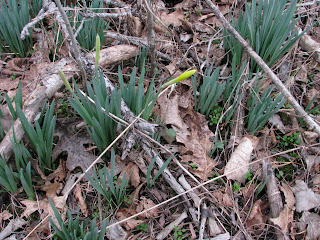