Yesterday I went to close the living room door, and sneaked carefully back to get the camera. The pictures, taken hurriedly through screens in different rooms, aren't very good, but I got them. 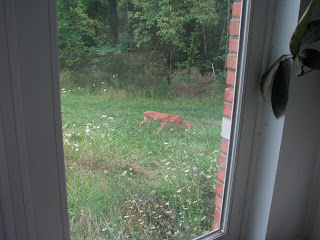 That's two fawns up there, not one six-legged one. Mama is just out of sight past the window, even closer to the house than they are.

And the third fawn was lagging behind. 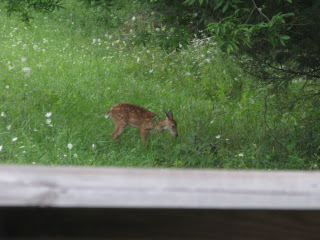 I followed them around the corner of the house (inside) so the screen in the window here is really visible. The black spot is an insect on the outside of the window. 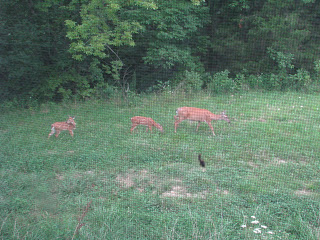 They were quite calm about the moving human indoors. 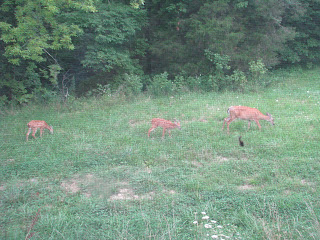 But outside, although I opened and closed the front door without causing alarm, the moment I raised the camera Mama snorted her warning and they were off. 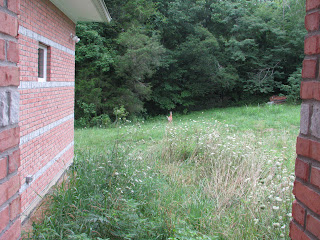