Here's Booger! (That should be a Johnny-Carson announcing "Here.") 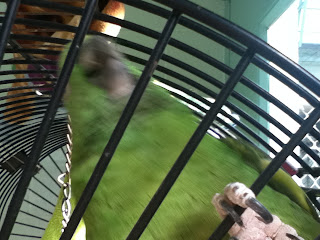 Her foot is in focus, but the rest of her is moving very fast, coming to see what that shiny thing I've got in my hand can be. Booger's an Amazon who is a permanent resident at my second job. We all refer to her as she, but she has not, as far as anyone knows, laid an egg.

I've realized that I get such good expressions from the birds because the back of the iPod is shiny. 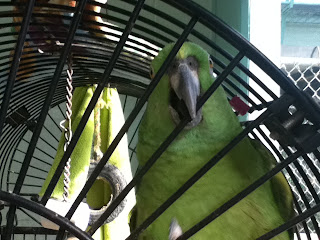 Shiny, I tell you! 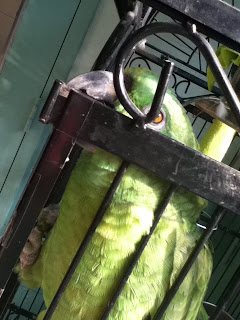 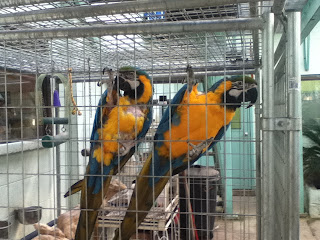 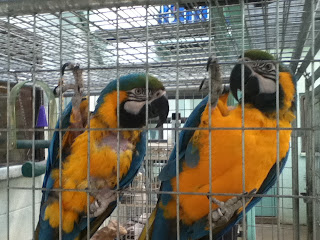 They examine the shiny... 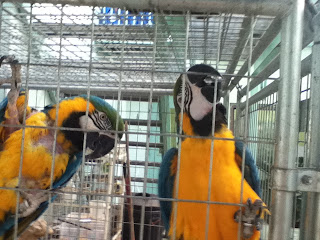 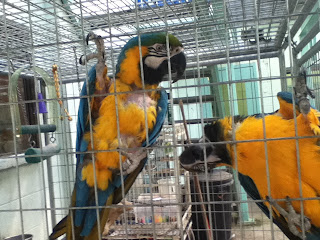 I find the large birds more and more fascinating, but at my age I have no intention of getting too interested in creatures with lifespans averaging greater than forty years. (Aside from the feather allergy.)
Posted by solarity at 7:32 PM