a walk at the lake

I went for a walk on some familiar trails that I haven't walked in a long time. 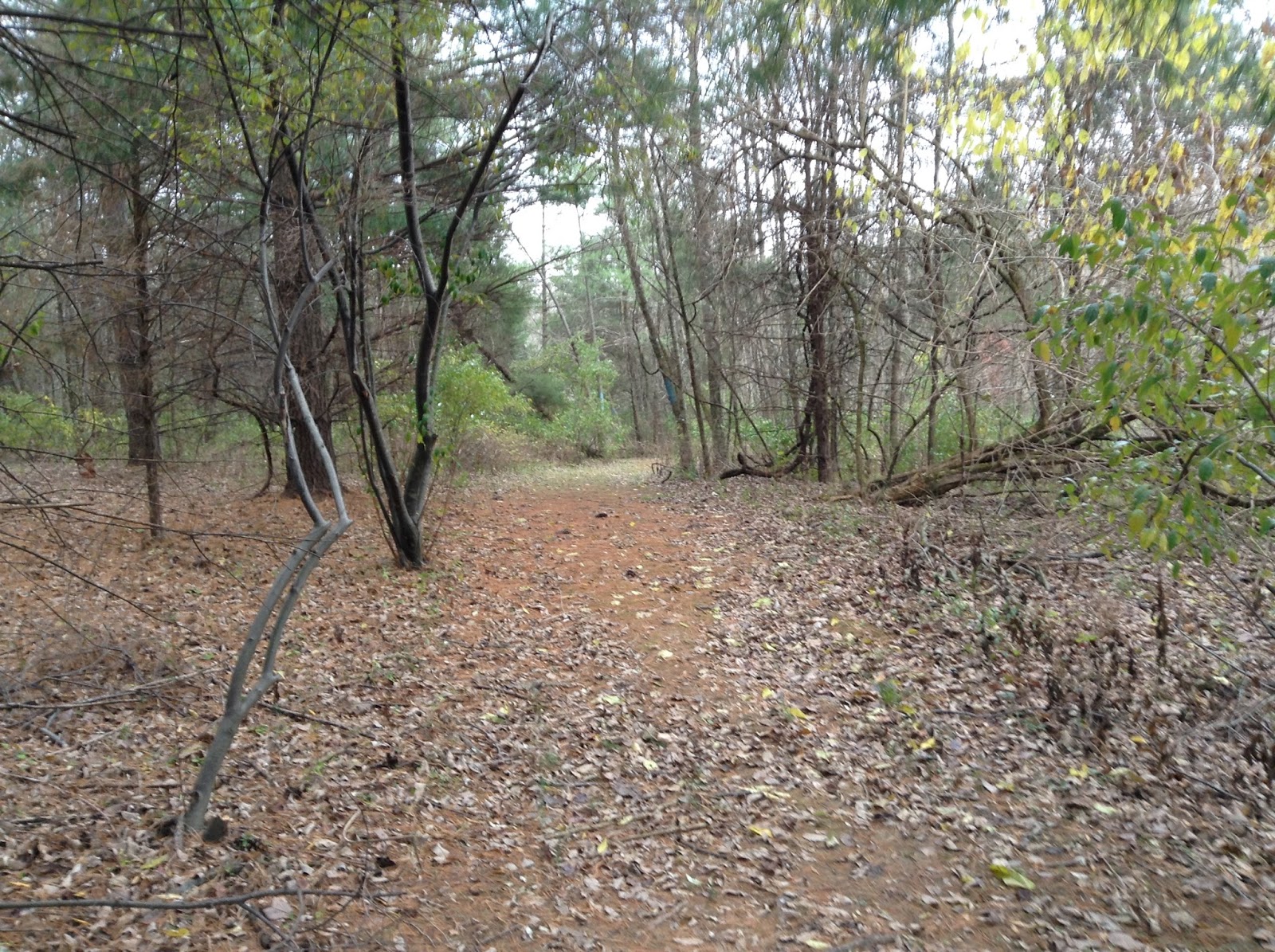 Yes, it's fall all right. The Osage oranges are on the ground. 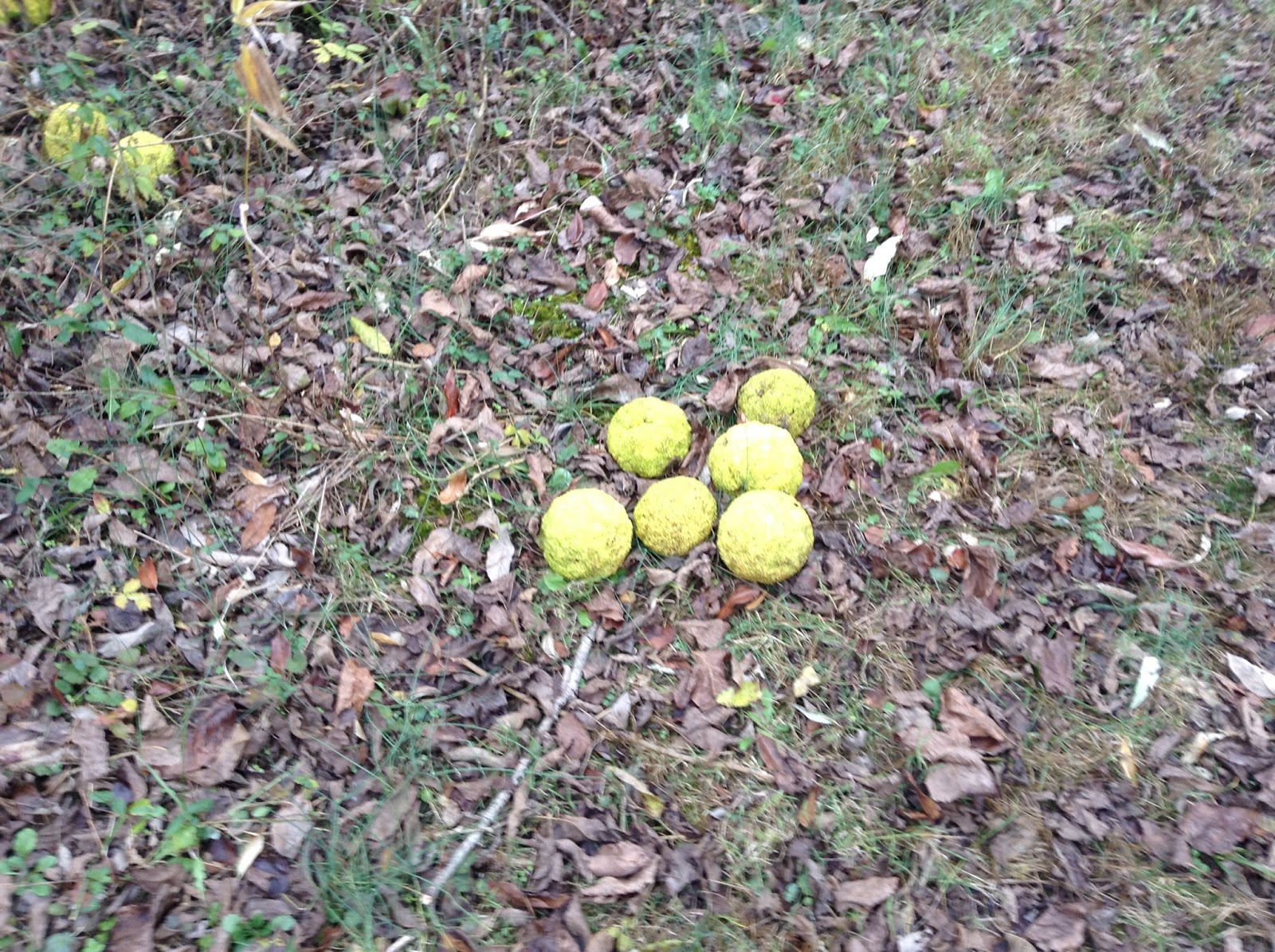 This shows that these woods were pasture once. Early in Kentucky settlement Osage orange was favored as a hedge material; it's got thorns and the wood is very tough. It makes excellent fence posts because it's very slow to rot. It also burns very hot and long-lasting, but if you don't cut and split it while green, you'll blunt a chainsaw on it to no effect. (Good fence post material!)

And the fruit (loved by squirrels) is about the same size as an orange. 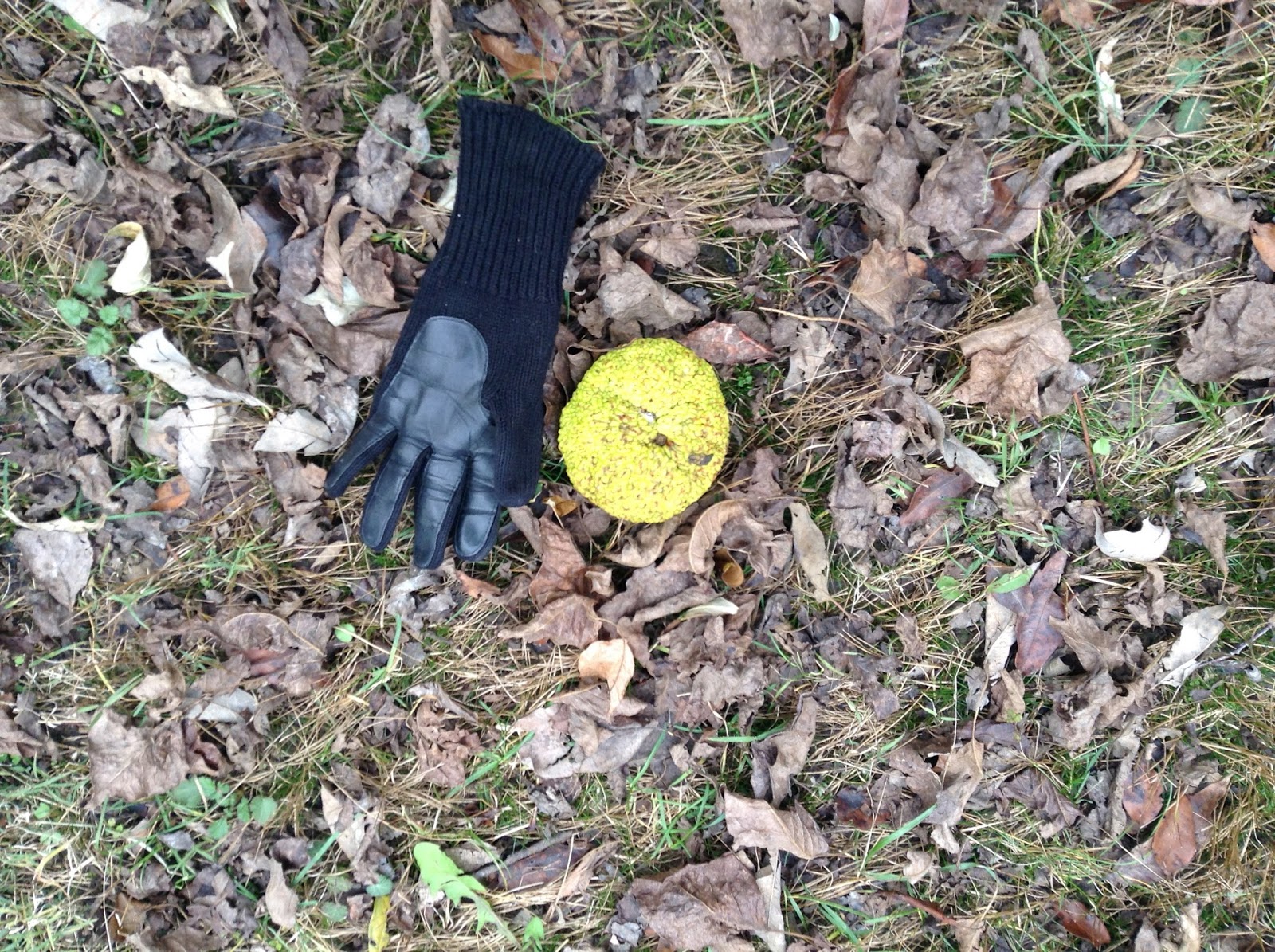 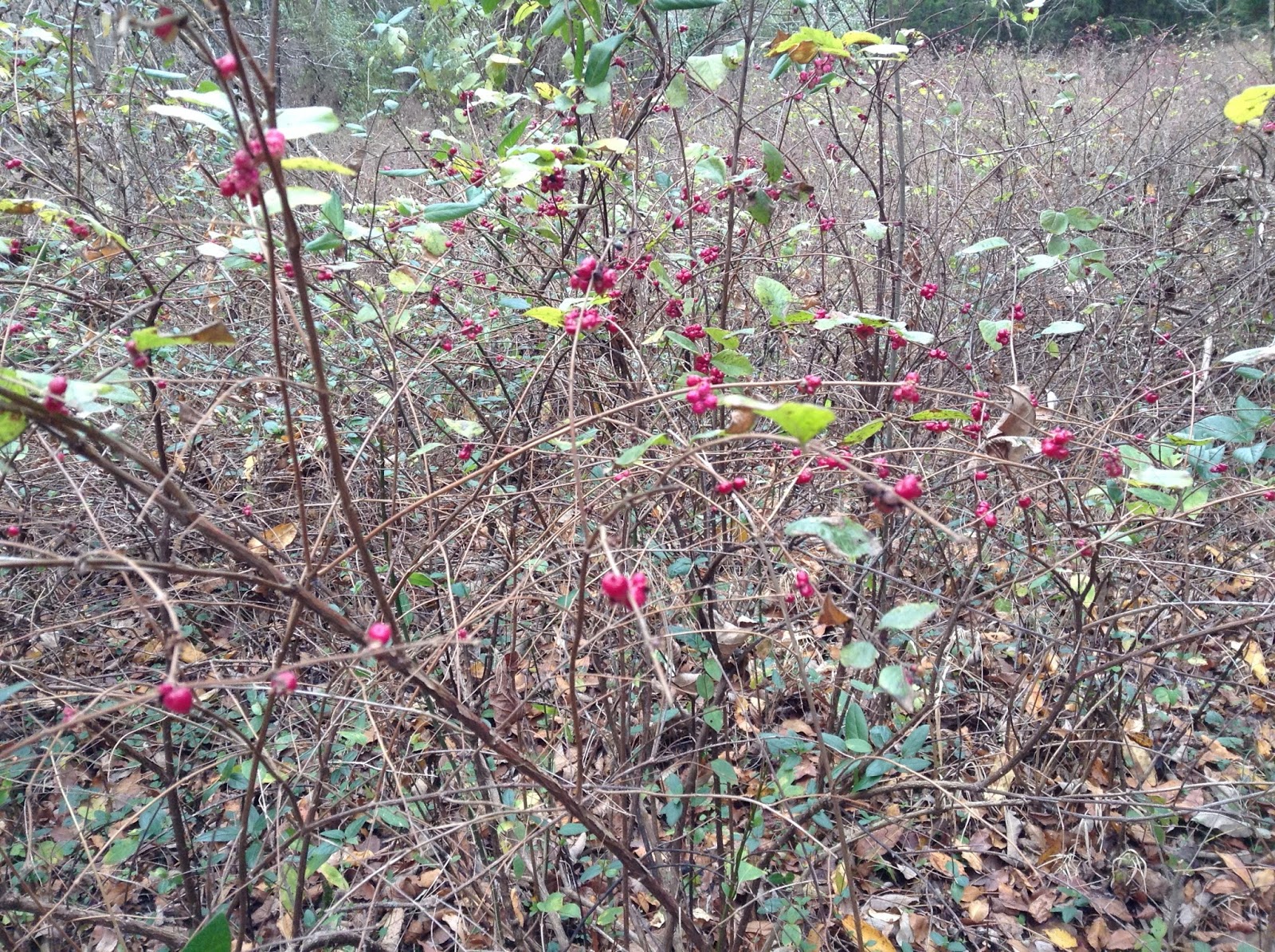 Buck bushes are called that because deer love the berries. So do birds, and everything else that lives in the woods. By January they'll all be gone.

See that patch of white that looks like mist in the center of the picture? That's actually the lake, and it looked blue to the eye. 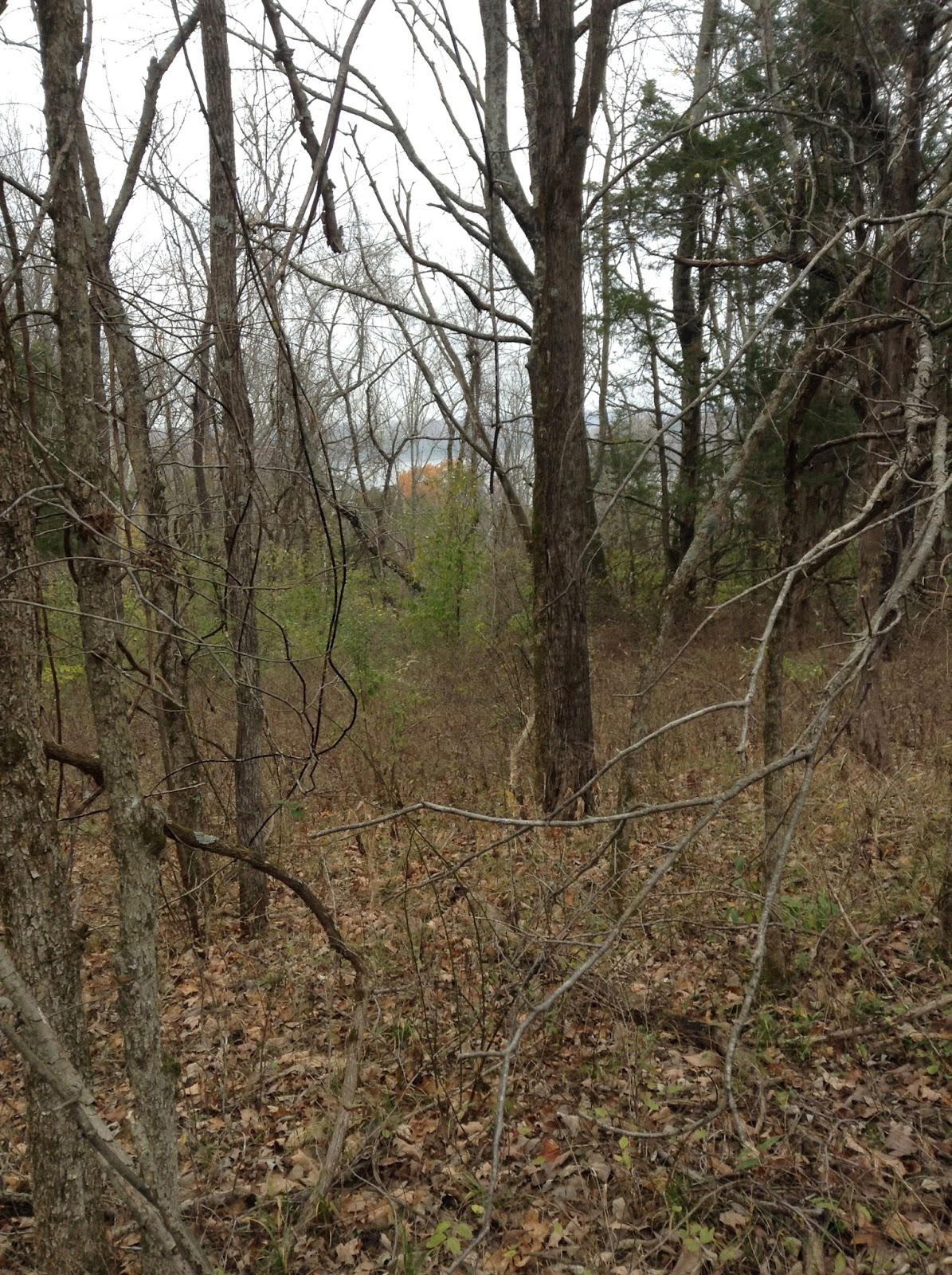 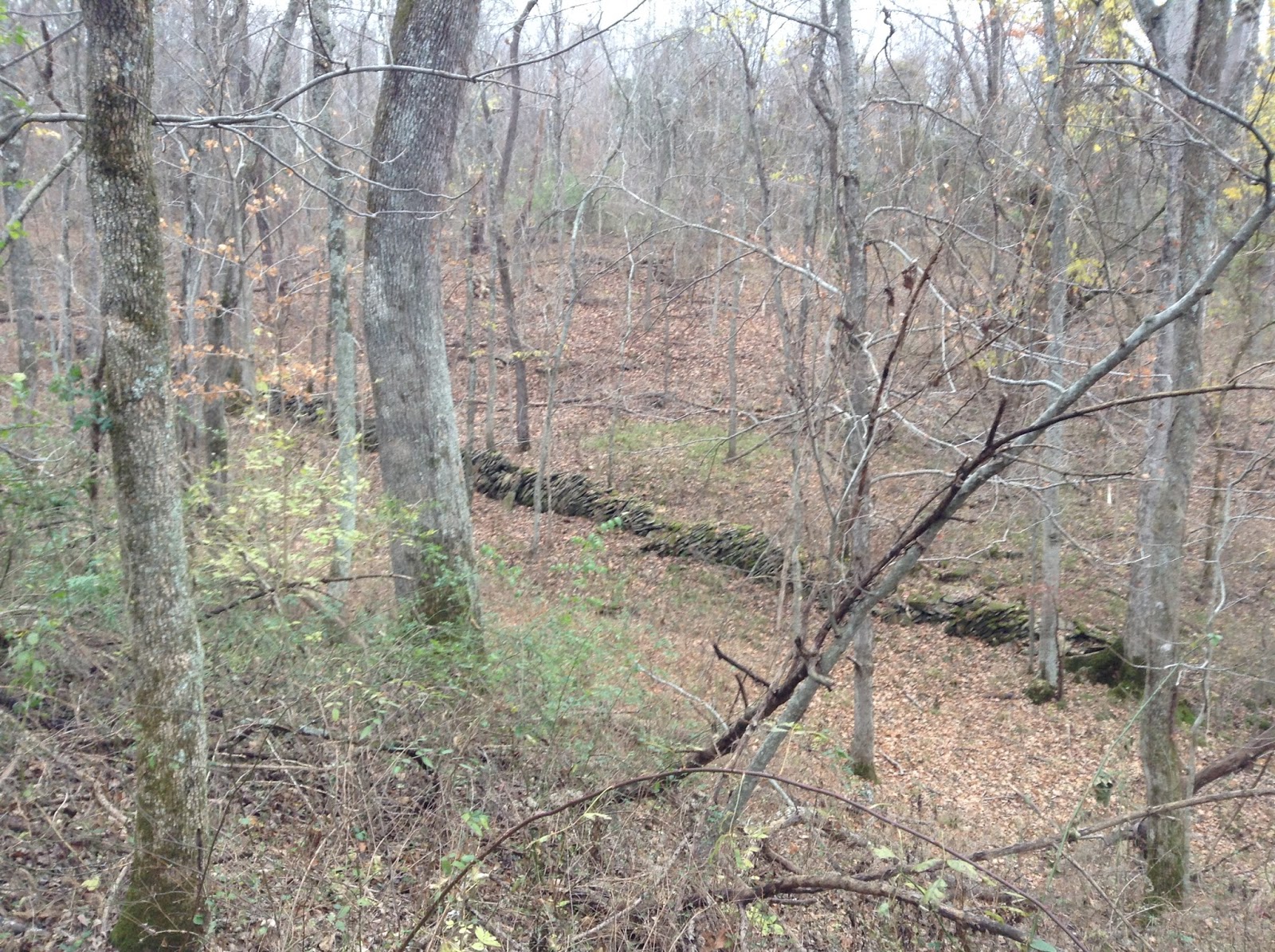 Rock fences last longer than you'd think, what with frost heave. I doubt this has been repaired since the Corps of Engineers bought this land in the 1970s.

This is the trail, which is about sixteen inches wide between trees at this point. In wet weather you have  to step wide across a little rill making a tiny waterfall here. Hence the moss. 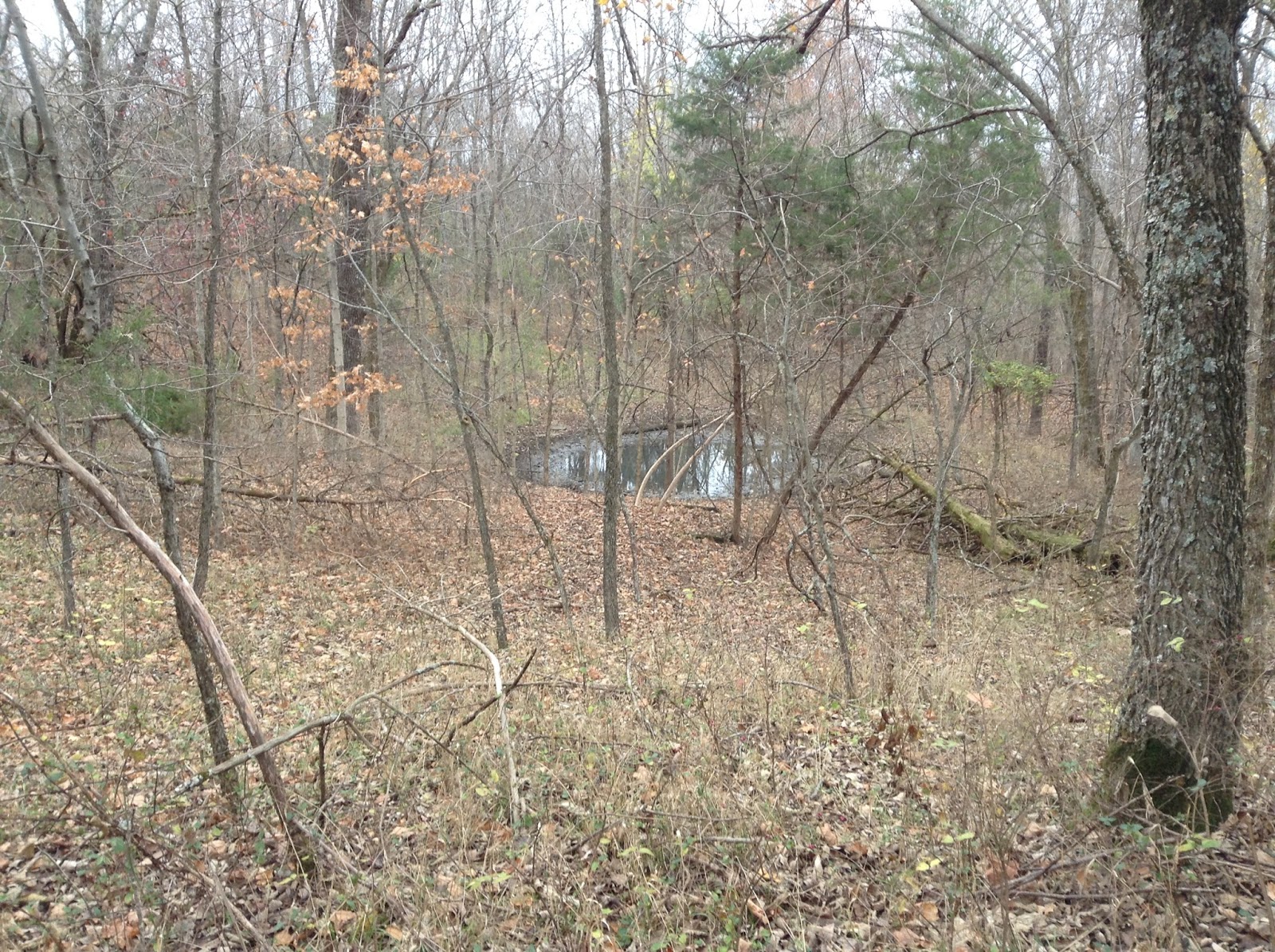 I'm pretty sure that's a built pond, though I haven't gone off the trail to walk all the way around it and make sure.

Which fork to take? 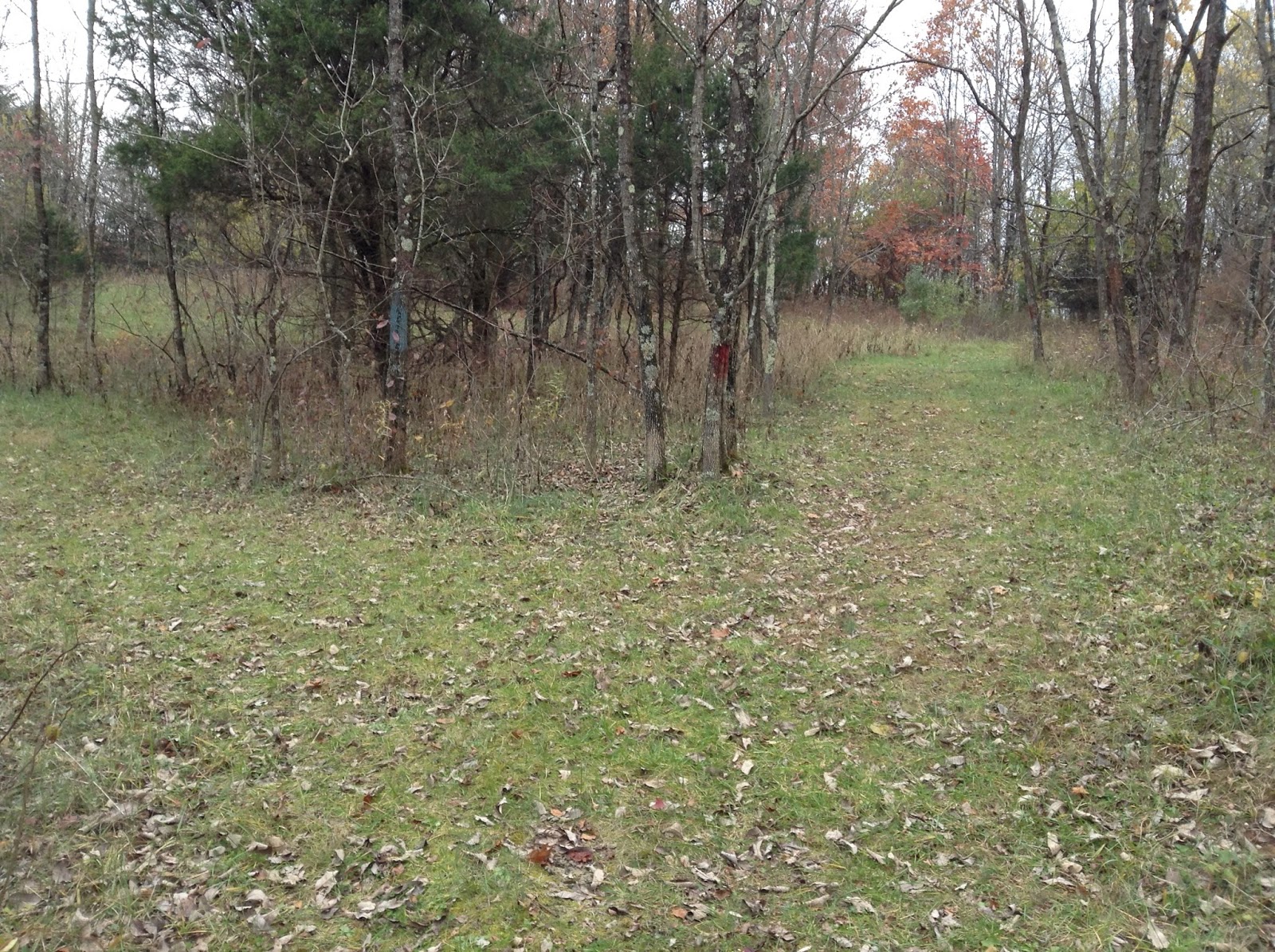 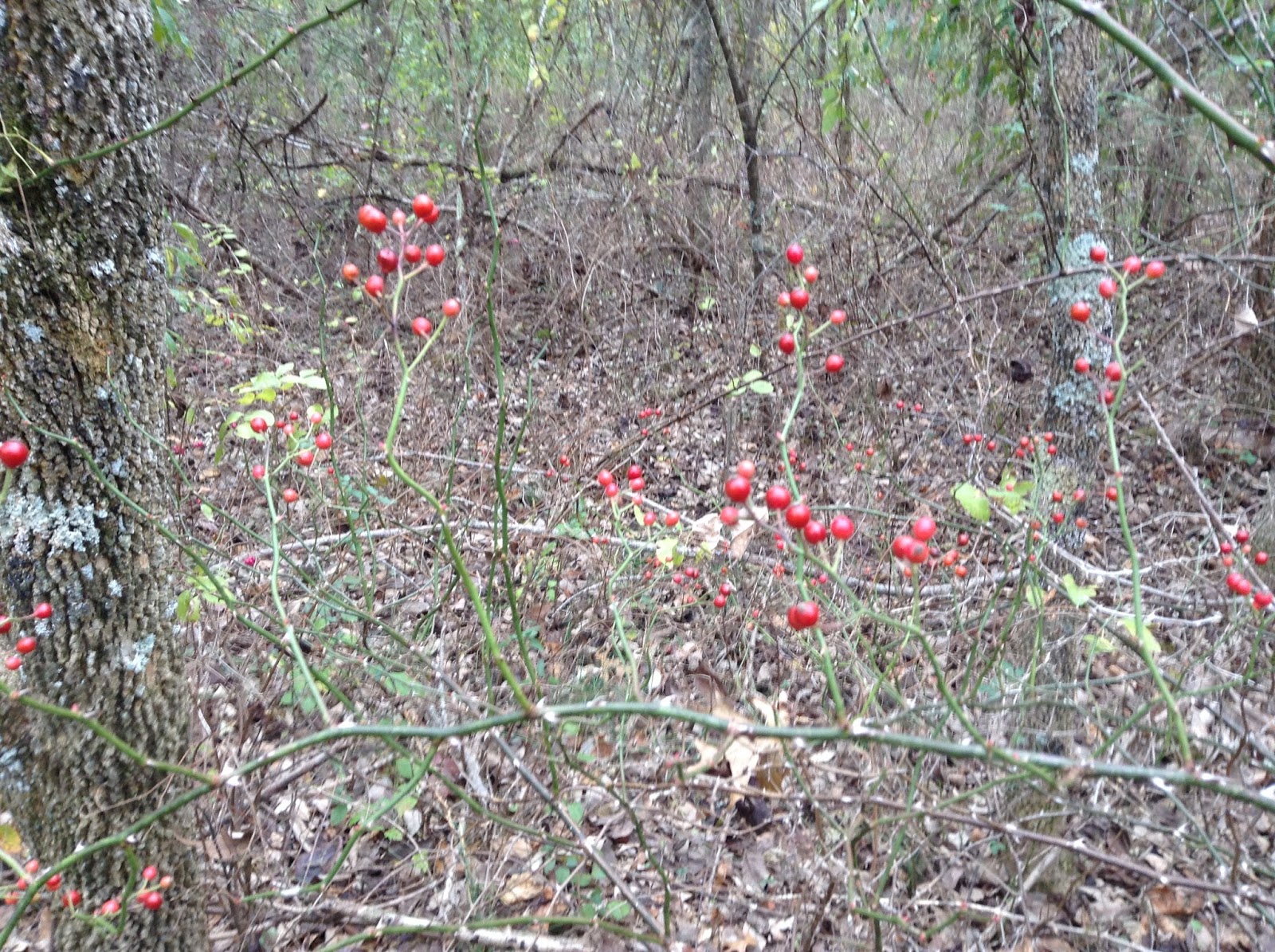 I went a little way down the so-called "lake view" trail which is impassable when the lake is high because it's really partly a "lakeside" trail. I didn't go all the way around the loop, because it's extremely steep. This part is steeper than it looks in the picture, but it's not the steep part. 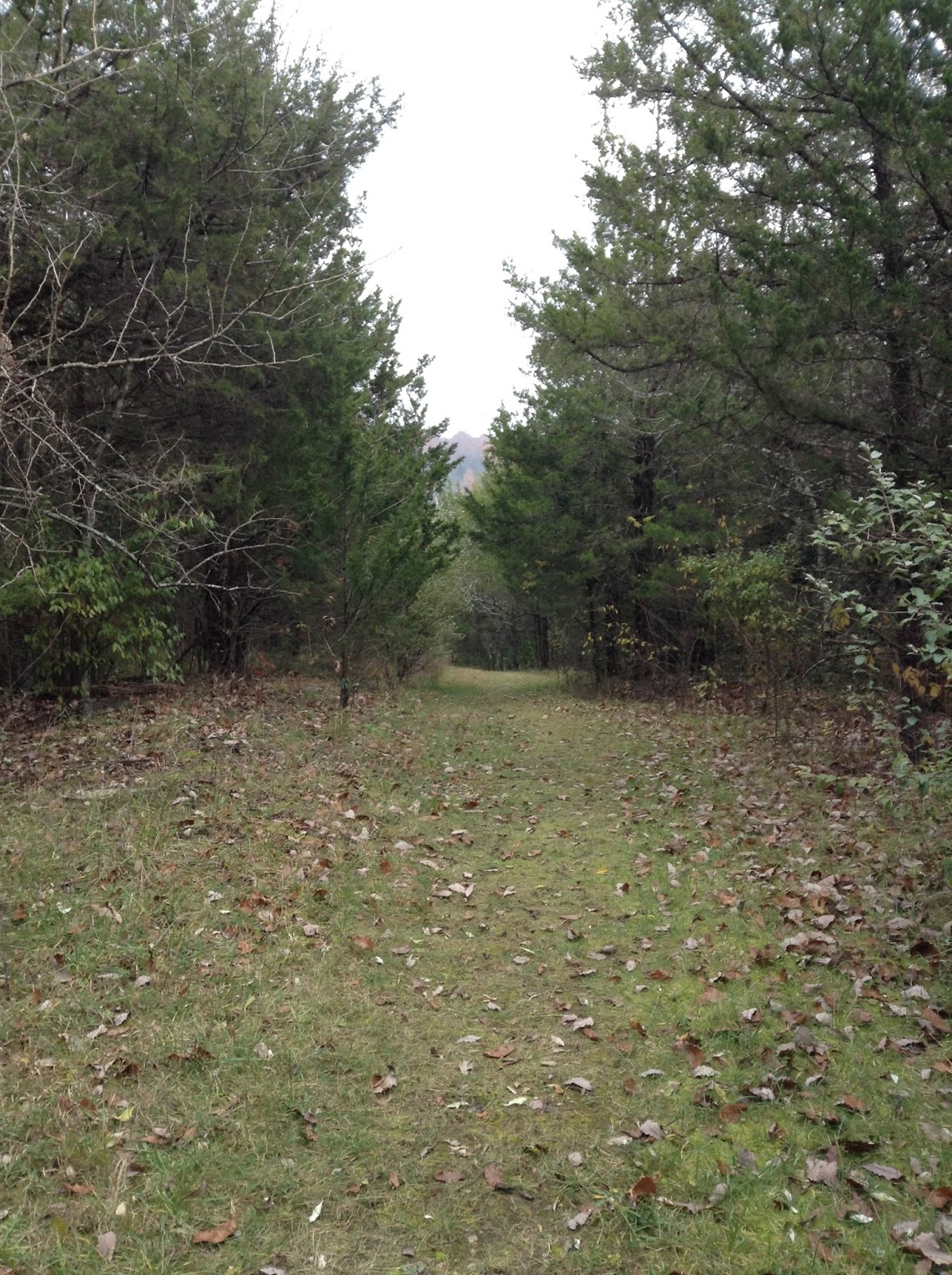 And there's the lake. 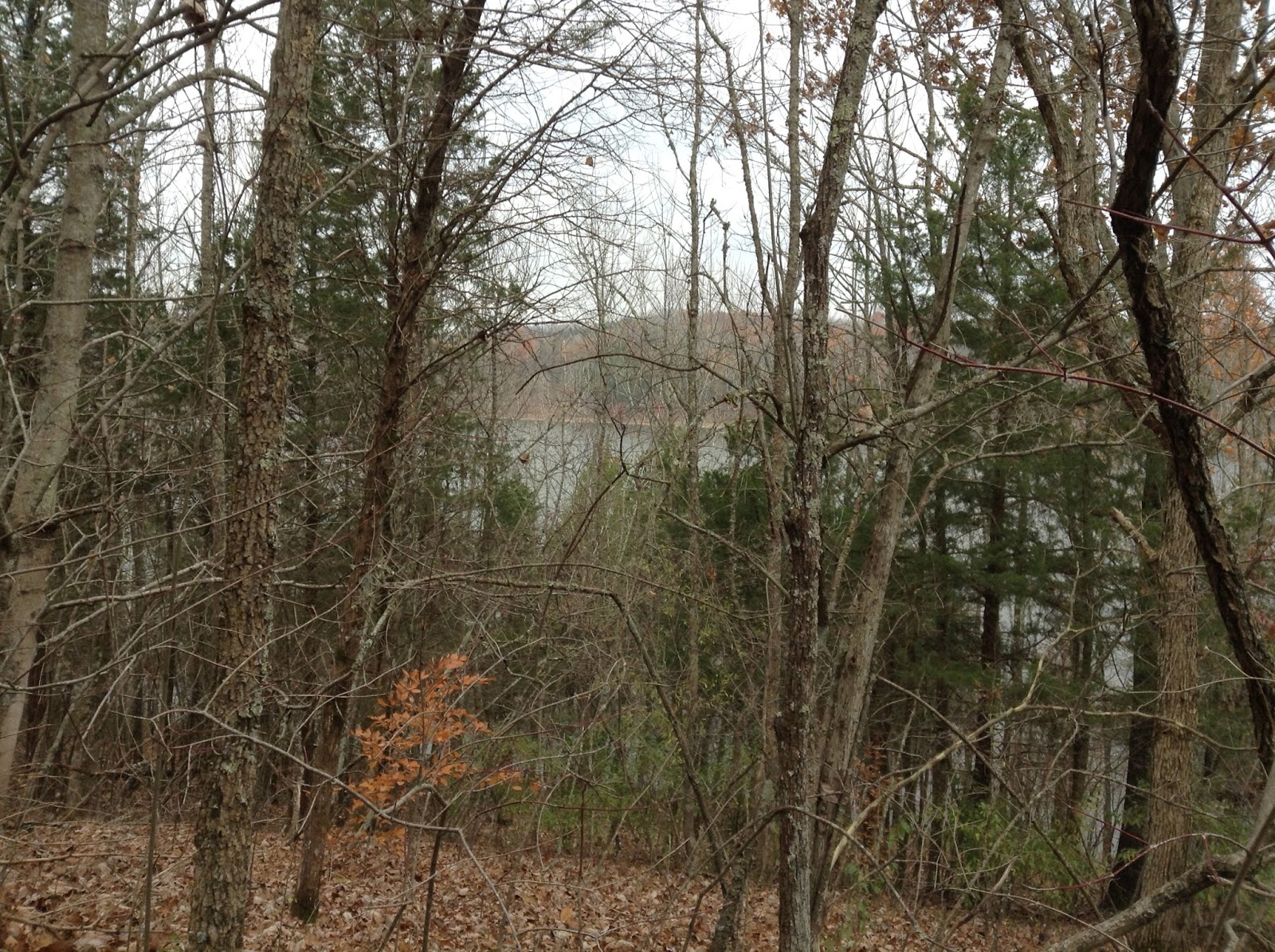 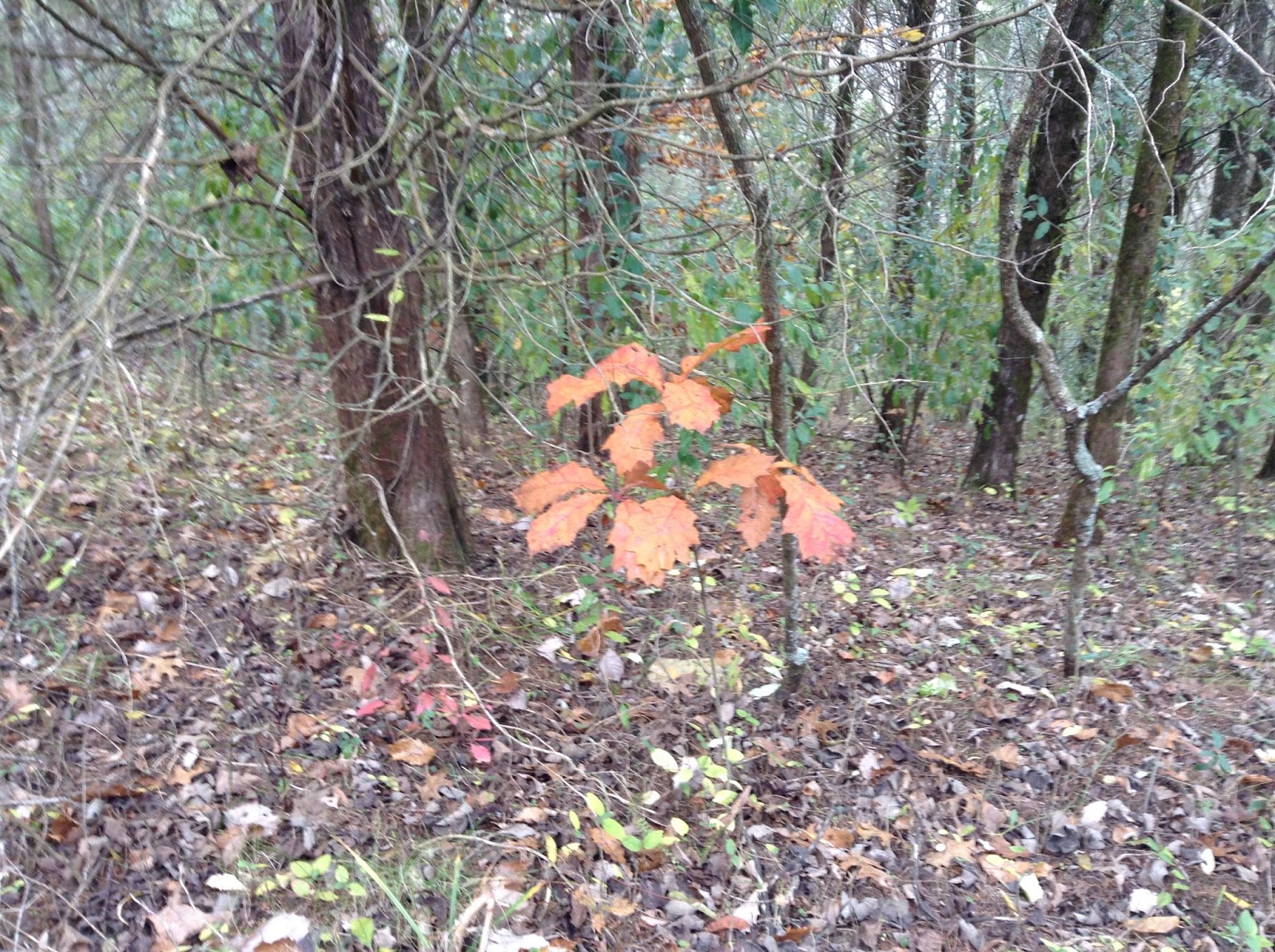 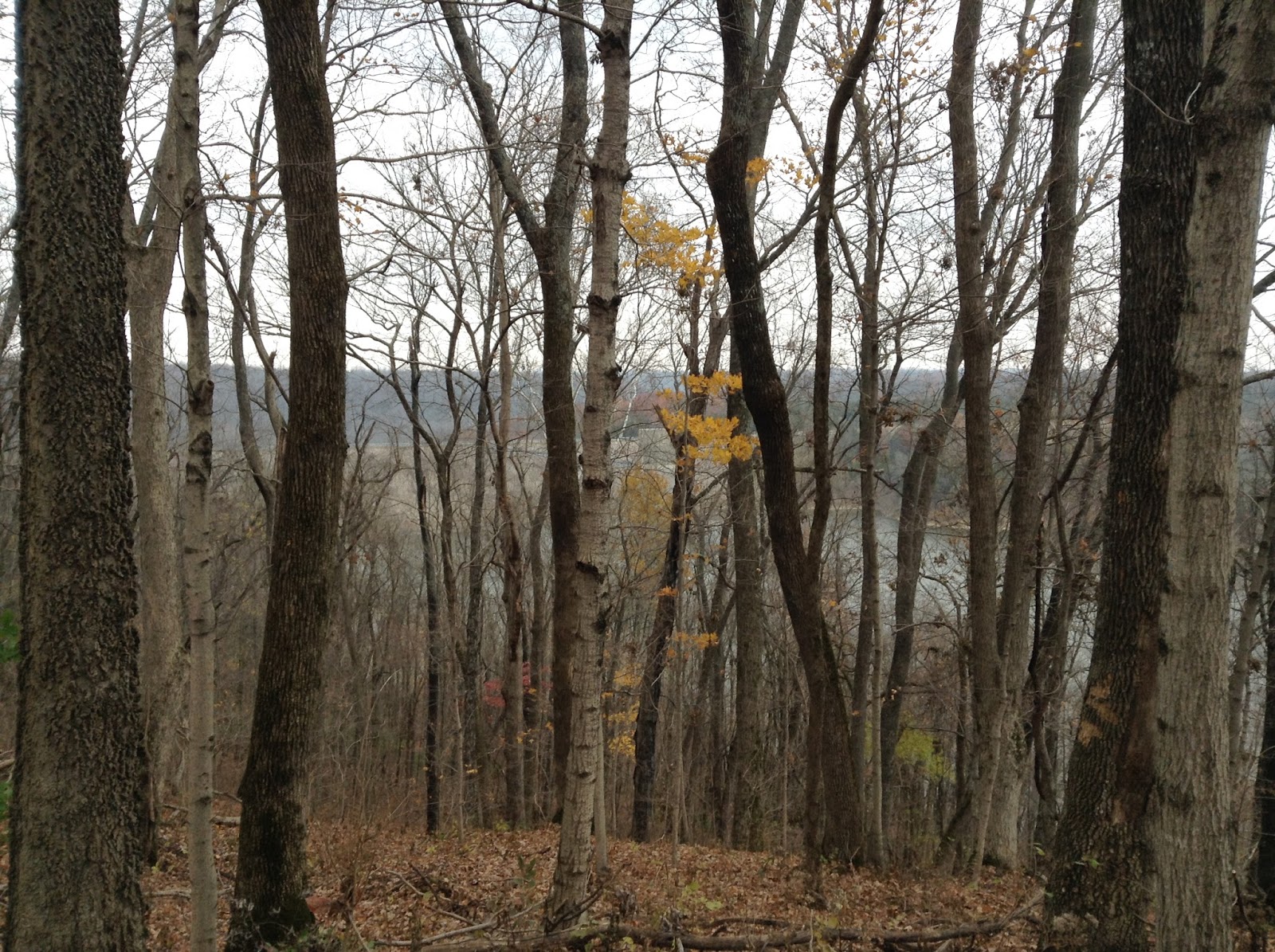 I heard lots of deer galloping off when I disturbed them. The area is a no hunting zone and they're well aware of that. Later in the season they won't bother to move far, but all I saw of them on this walk was white tails in the distance. I was there by myself--only car in the parking lot--so I was the only thing disturbing them.

And here's the dam that makes the lake: 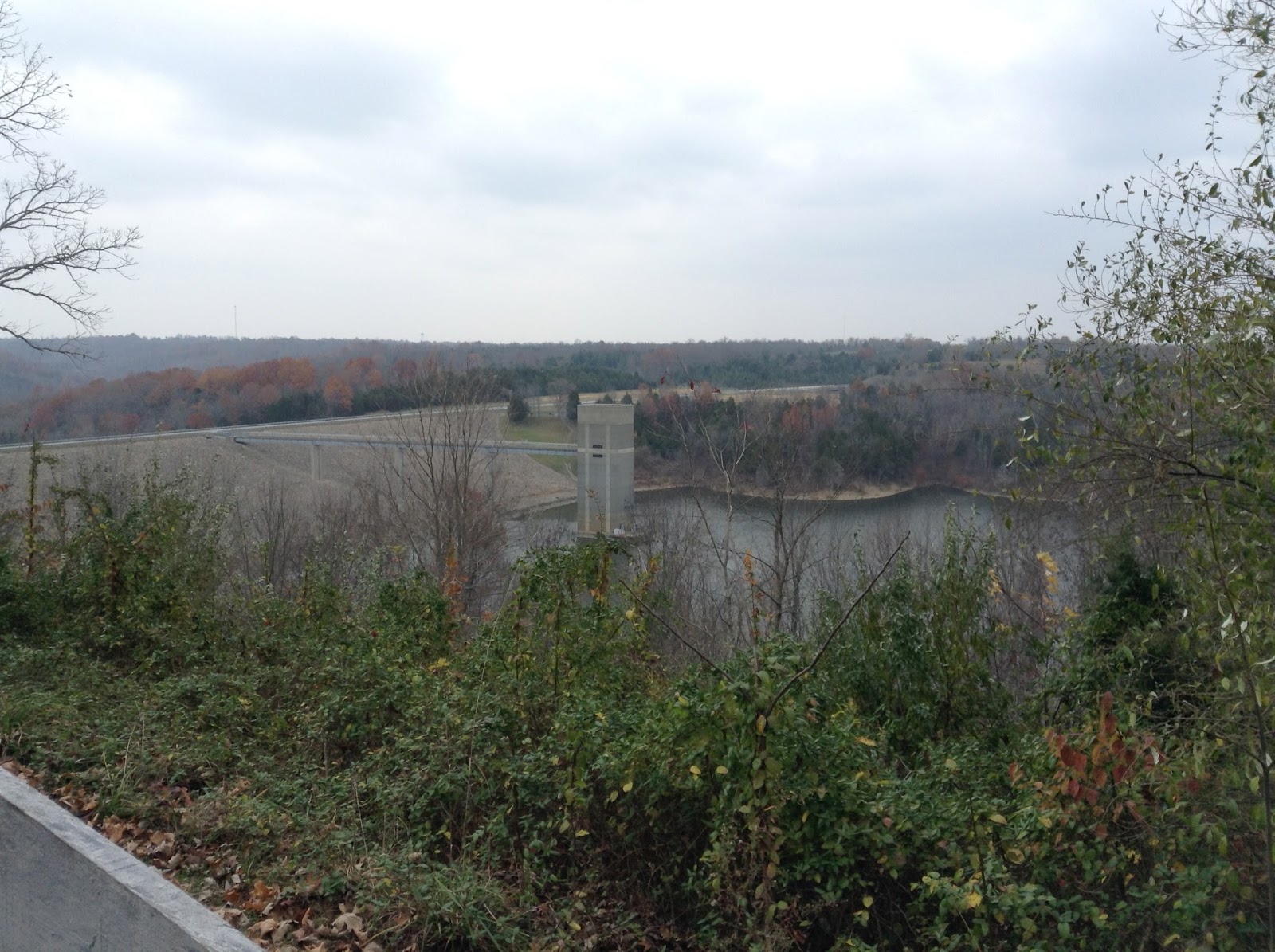