My three year old first generation iPod touch, that I bought refurbished in the fall of 2008, suddenly stopped having a touch screen. I feared this would be expensive. I was right: replacing/repairing the touch capability would have cost 75% of the cost of a new (refurb) fourth generation iPod touch, which could actually be upgraded to the current iOS.
So. Even though I really can't spare the money, I now have a working iPod. 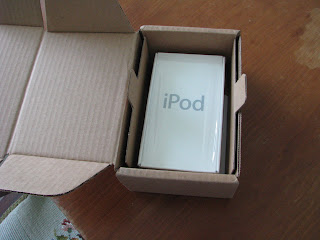 I like to buy second-hand for this kind of thing. I've become used to always having an up-to-date address list and calendar at hand, plus a library of ebooks in case I'm stuck anywhere, plus electronic notes. I also find that the Boring Exercise Bike is much easier to use while listening to podcasts. (Music just doesn't do the same thing. Neither does video.) Plus it has a timer.
In addition to these amenities, the new one also has voice memos. I will be using that! 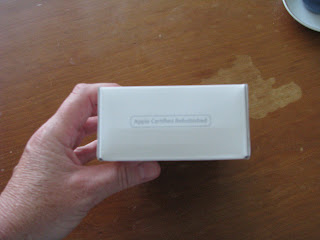 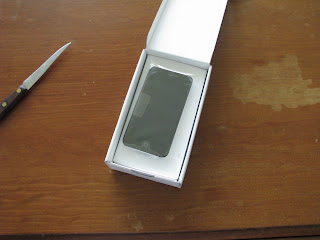 It was extremely well packaged. 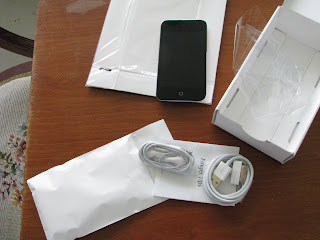 And it has a camera. A much better camera than my phone's pitiful 1.3 megapixels with truly awful lens (I think it must be plastic.)
The iPod doesn't see through screen very well, though. There really is a deer out there. 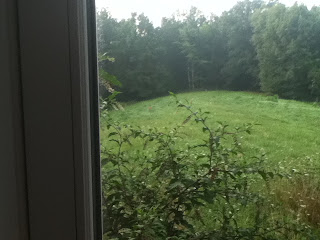 Then I learned to use the zoom function: 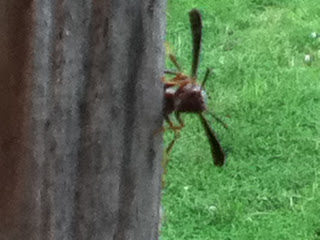 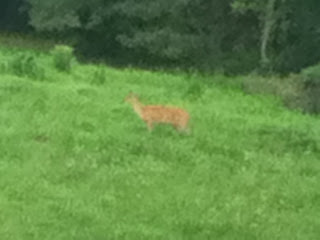 I was hoping I could get some shots of wary wildlife, if I have it in my pocket instead of having to sneak off to another room, and I will be taking it down to the creek as soon as the weather cools off enough that I can think about walking through woods in long, tick-preventive pants.
Posted by solarity at 6:58 PM