a walk in the park 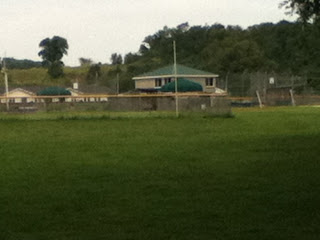 I meant to walk a mile, but I had the iPod in my pocket, and I tried using it outdoors. 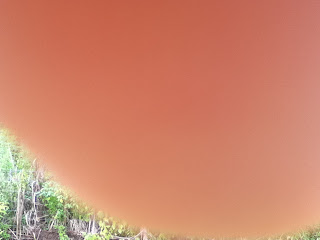 The problem is that outdoors, it's too bright to see what's on the screen when you click the touch screen shutter.
This is what moved me to get the thing out of my pocket: 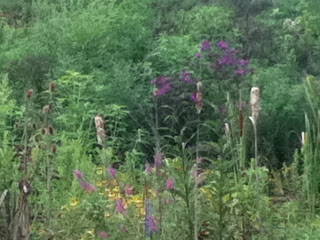 I don't think that any of this was planted on purpose; it's outside the park fence on the embankment for the highway.

After that I kept seeing things I wanted to shoot. Here's my favorite piece of the Par Cours equipment. I always leave the asphalt to walk the balance boards on every circuit, even though I go to this park to walk when I want to keep my feet dry. (Or avoid ticks.) 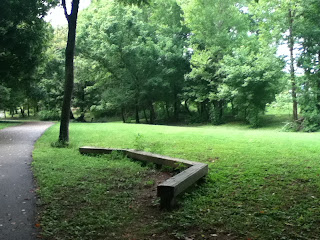 Of course, when the creek's up, it's not possible to keep your feet dry. Right now it's very low. 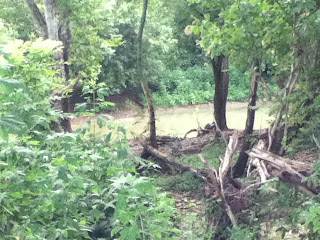 I decided to take pictures of all the Par Cours equipment. It's beginning to decay, and the signs telling you what to do are gone. 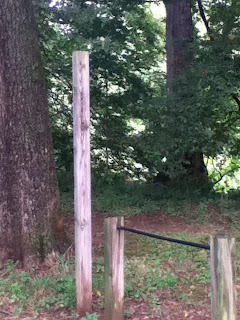 I don't remember what you're supposed to use this one for, but I did ten "wall" pushups on it.

More finger over the lens, in my haste to catch these joggers before they disappeared. Many people actually run at the park, instead of walking. If the creek had been up a lot, though, that stretch of trail would have been under water. 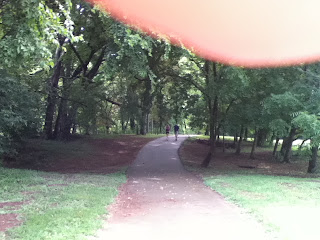 Next, this piece of equipment. I think you're supposed to jump over each piece like a hurdle, but the sign is gone. When I raise my leg that high, my keys poke into my leg quite painfully, so I've never tried it. 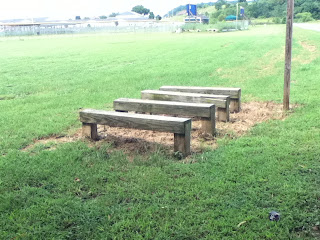 In my childhood, I could have swung along these without any trouble. They built these for adults, though, and I can't jump high enough to catch them. 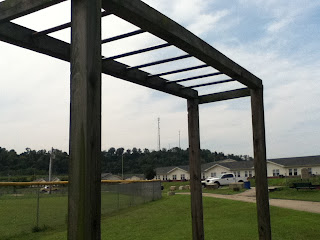 I never could do much with parallel bars, but I meant to see if I could get my legs up into a pike. However, one of the bars moved when I tried, because the wood is rotting, so I didn't. 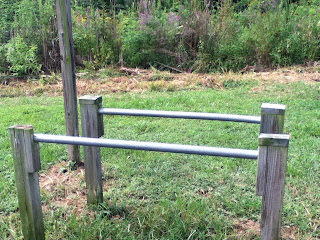 I tried a pullup just for Crabby. This bar I could jump high enough to catch. I can raise myself about an inch. Not very impressive. 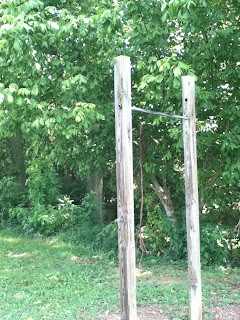 Then I walked another half mile round and went home to a late lunch. I have a feeling I will be pulling the camera out of my pocket a lot.
Posted by solarity at 9:24 PM