cayenne for a year

This year's cayenne pepper crop was successful. There are six drying up there, although they don't show up well enough to count. Since I seldom use it for anything but quiche (which I make about once a week) that should last me more than a year, once it has dried and I've ground it in the coffee grinder. 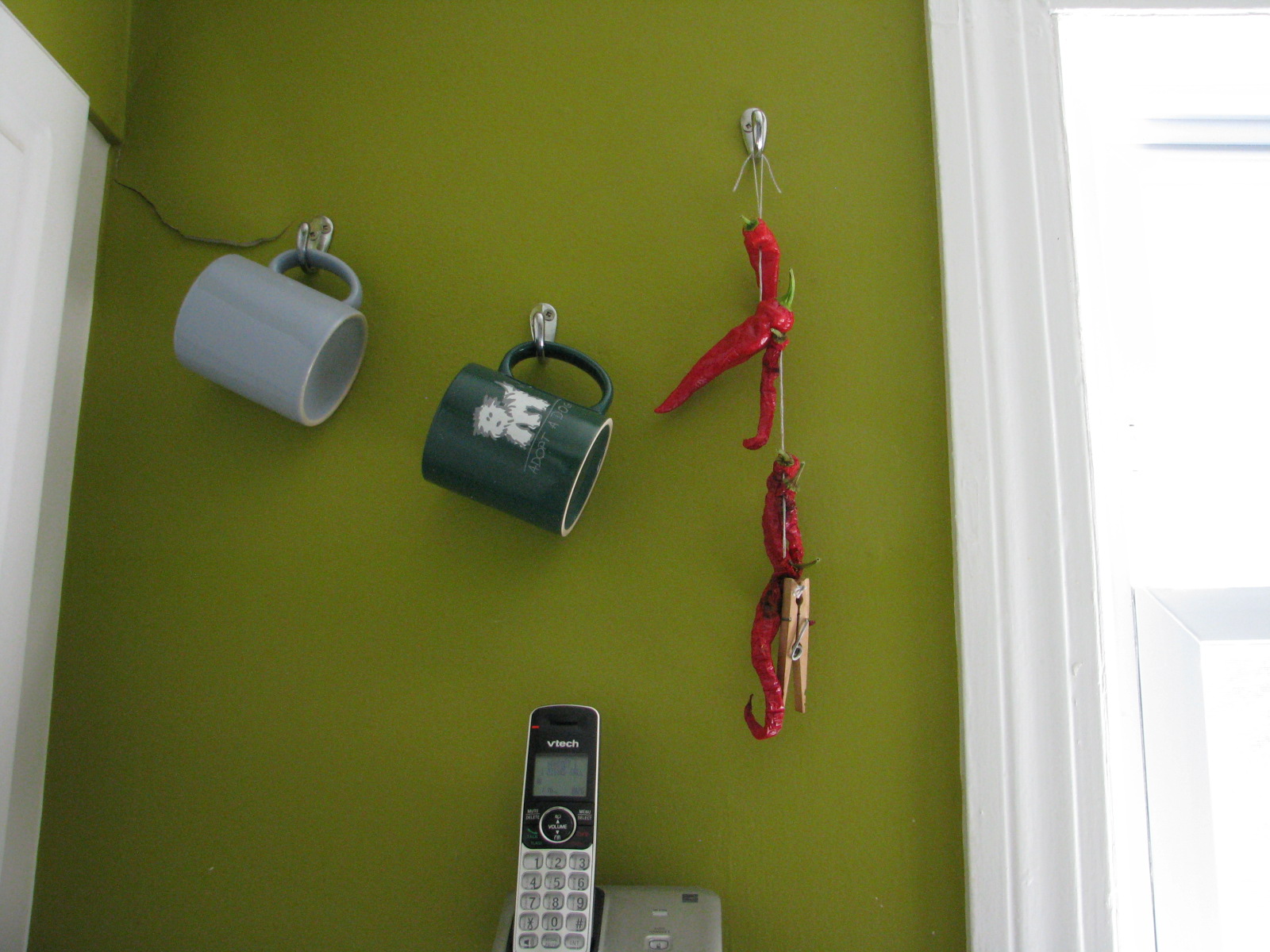 Satisfying.
Posted by solarity at 8:50 AM No comments:

As I was growing up, I frequently heard my grandmother and her younger sister argue--acrimoniously--about which breed of chicken was preferable. My grandmother strongly favored Buff Orpingtons: "good layers and good meat birds both" she said. My aunt would snort and say "White Leghorns! Nothing lays better! And they produce plenty of meat, too!" When I was old enough to read up on chickens, I agreed with my grandmother, but I didn't say so when they got to arguing, because after all, I'd never kept chickens, and they had, although not for many, many years.

Then, after my father moved in with me, I was going through papers from his basement, (there are still tons to go) and found a letter to my grandmother from her mother. This printed return address on the envelope looks as though she herself sold Brown Leghorns. I distinctly remember that Sis didn't say just "Leghorns," she'd say "White Leghorns," so neither sister followed in her mother's footsteps completely. 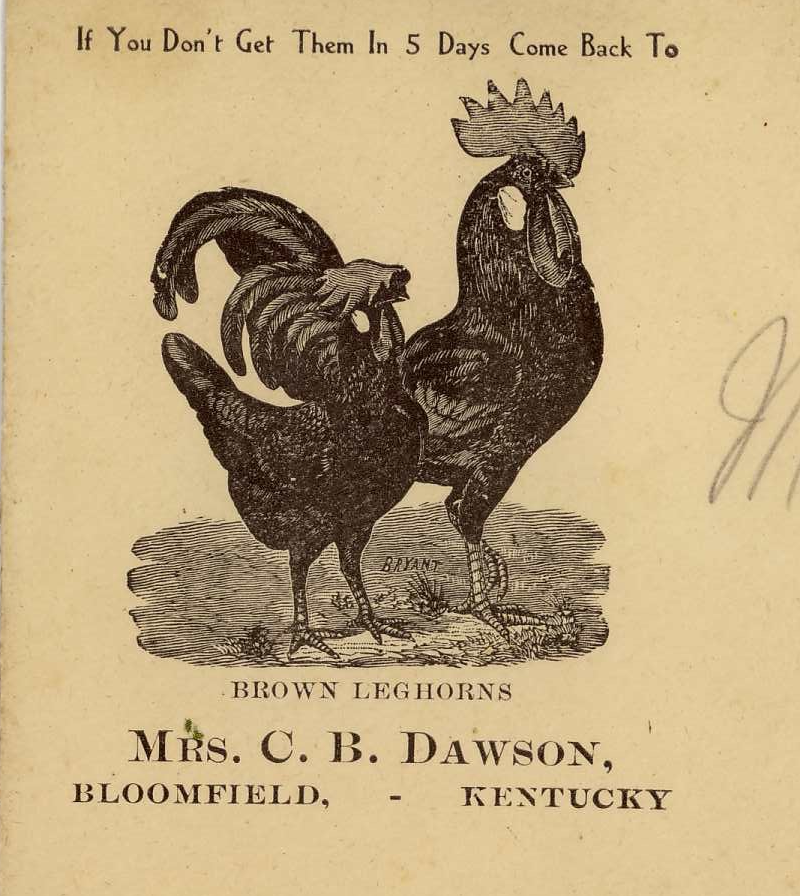 In recent years, I have thought I ought to try bantams, since as a single person I don't get through a whole lot of eggs, even though I do bake a lot, but by the time I actually get around to trying this I don't know if the breeds will still exist.
Posted by solarity at 5:57 PM No comments: