This week has added ice on top of the snow, and snow on top of the ice. I've been staying home sick in bed since Sunday night, but today I am feeling somewhat better, so I went out to do all the errands that haven't been done, in preparation for going back to work tomorrow. (The snow today is supposed to "taper off by [revised time]" and keeps on coming down in tiny flakes.) Yesterday morning after the ice, I saw at dawn without surprise that the back yard was covered in twigs. The trees were all coated with ice. 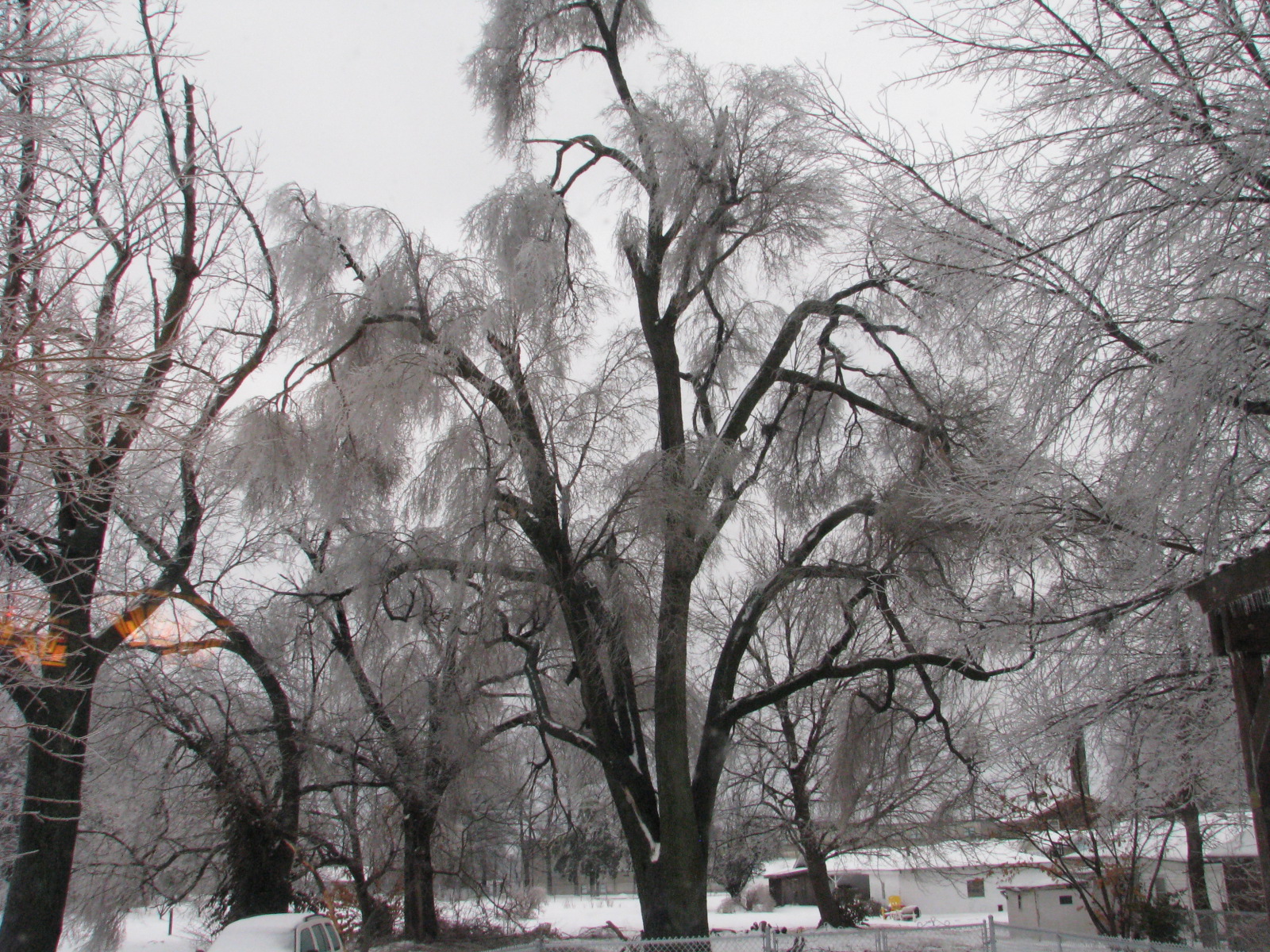 At least you can see the pine tree was not shot in black & white mode. It was a dim grey day. 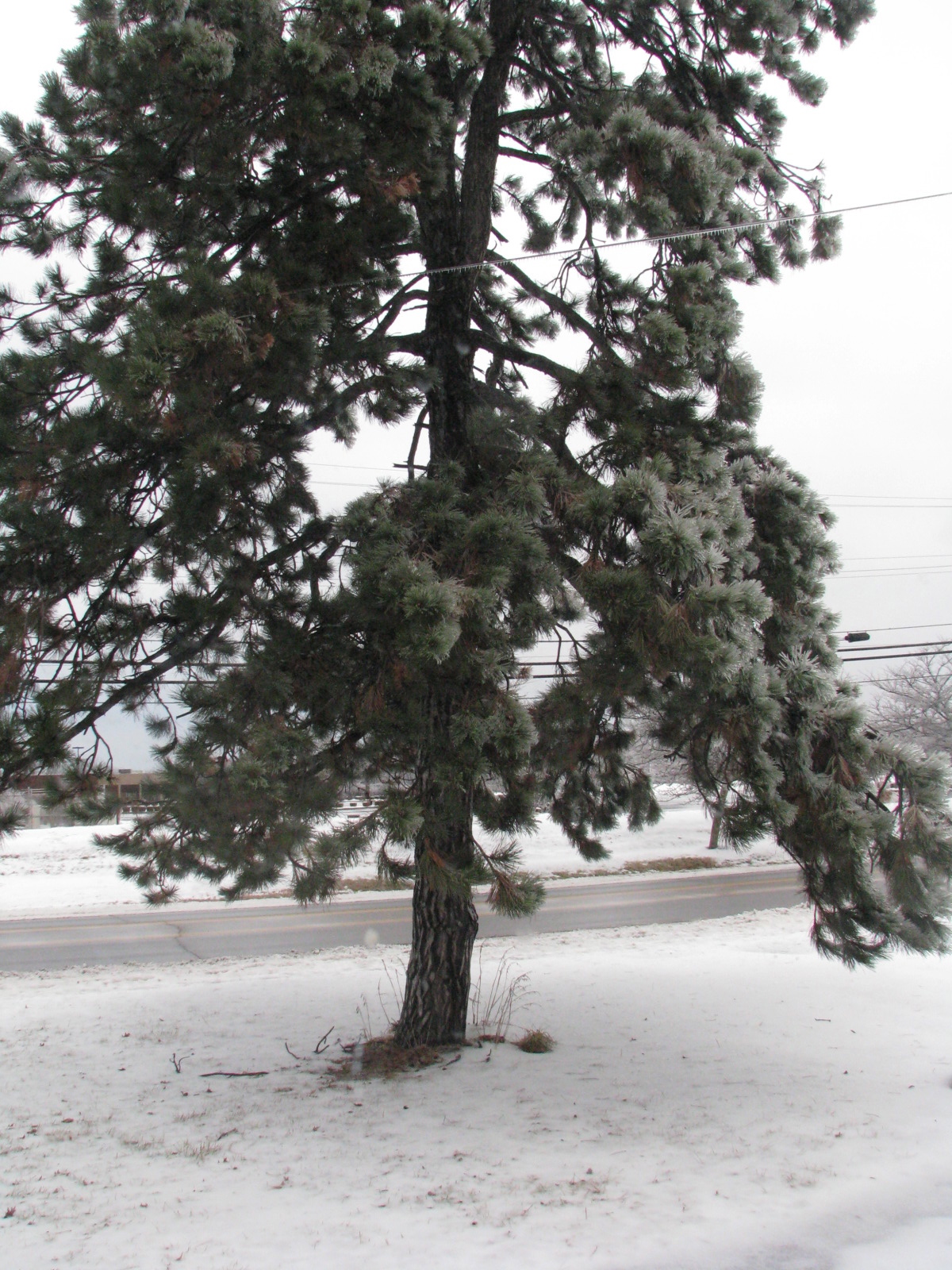 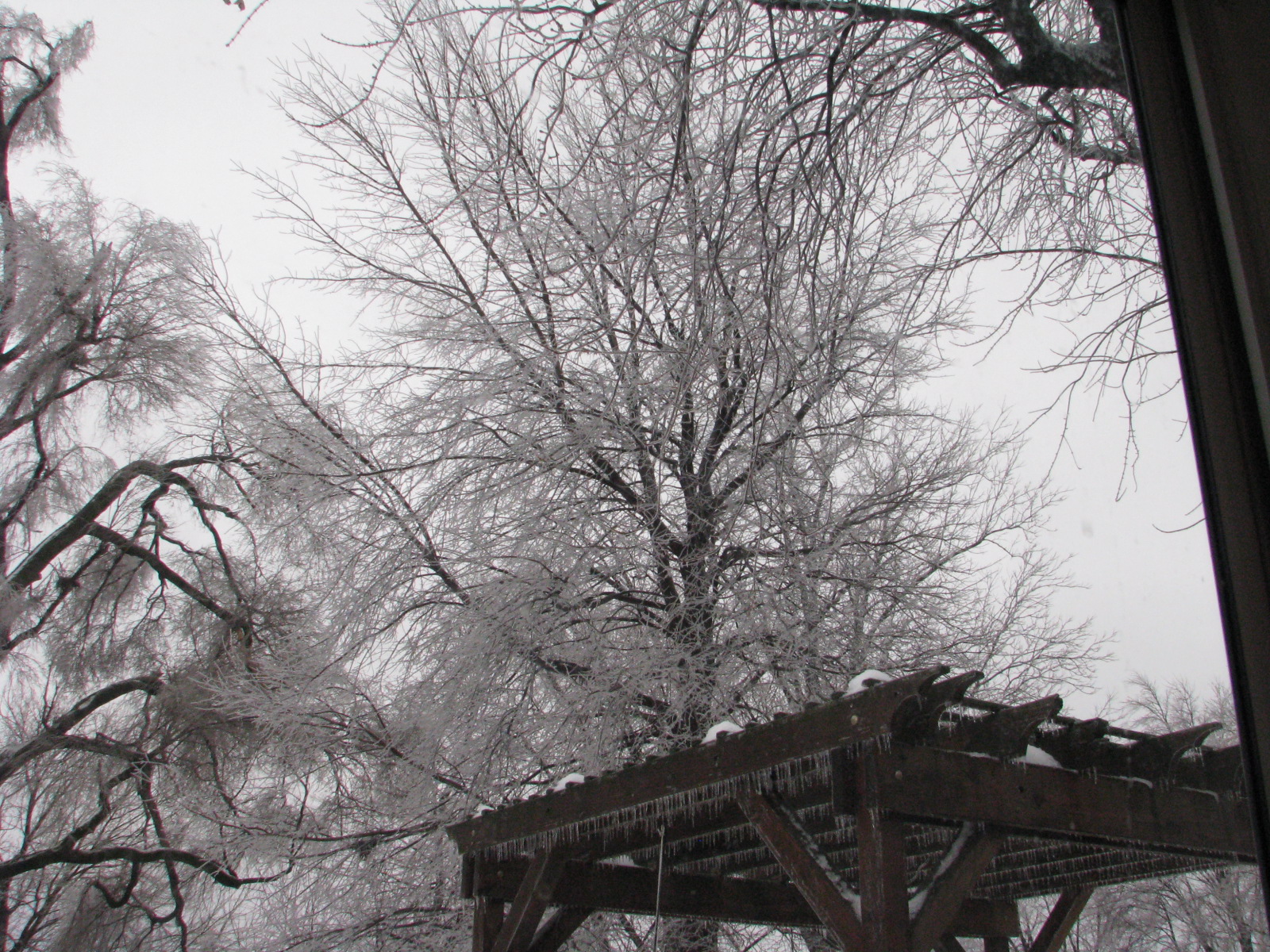 Then it got light enough to see well. Oops: 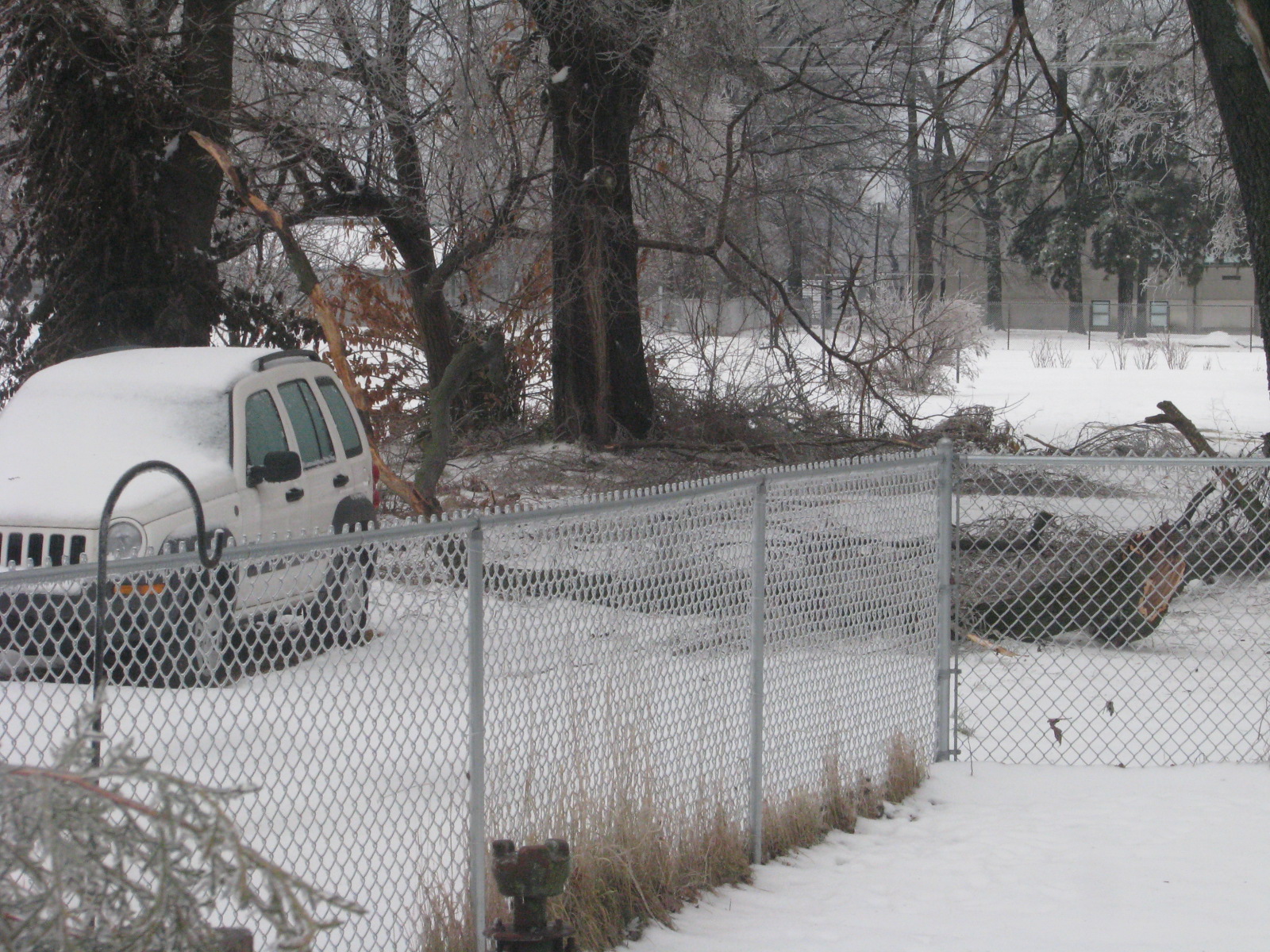 I was sick enough that I waited until today to go out and look more closely at the Jeep. (For three days the only footprints around the house were the dog's and the mail carrier's.) 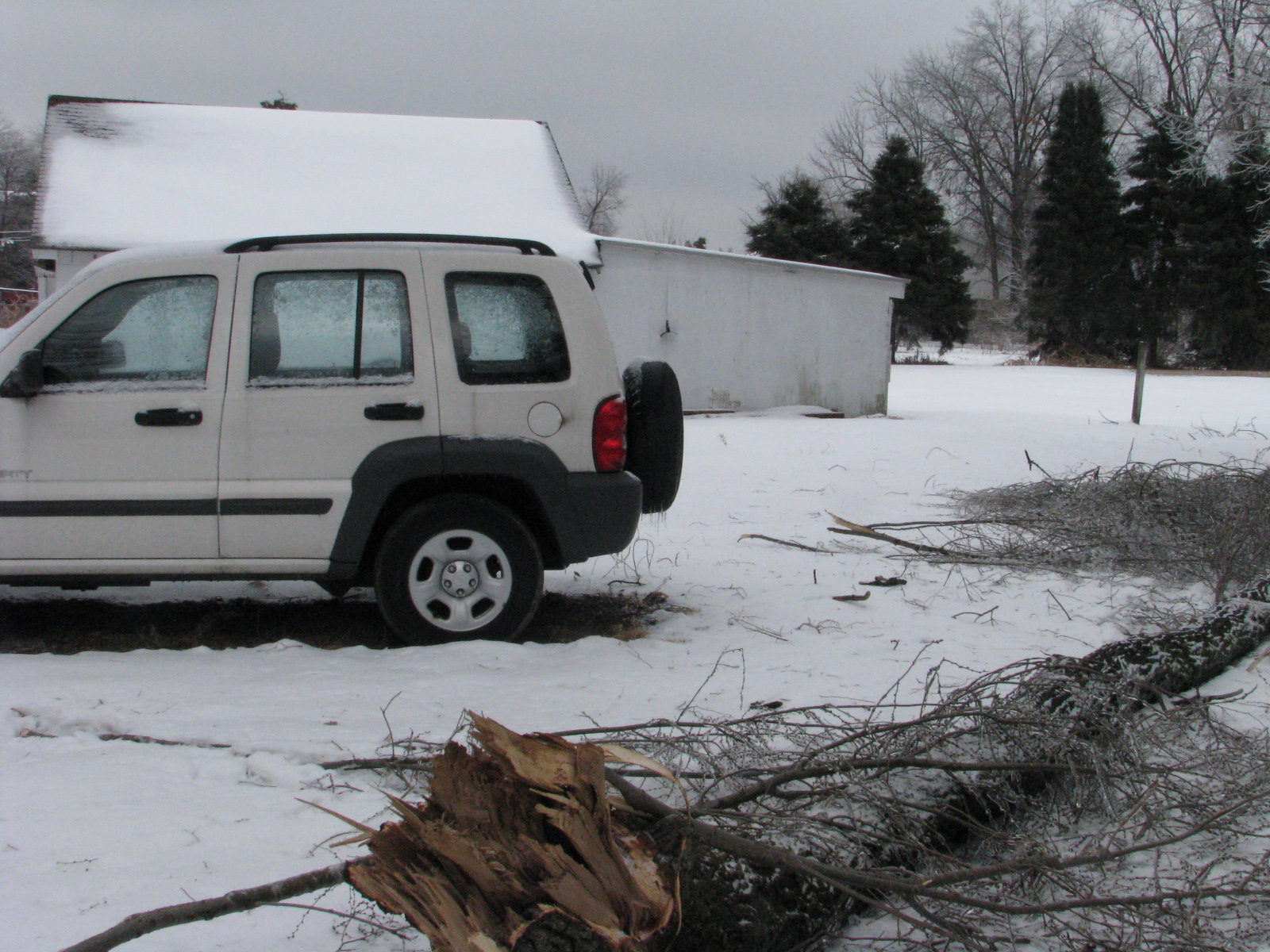 Apparently it missed the Jeep entirely, which is strange because it came from almost directly above it. 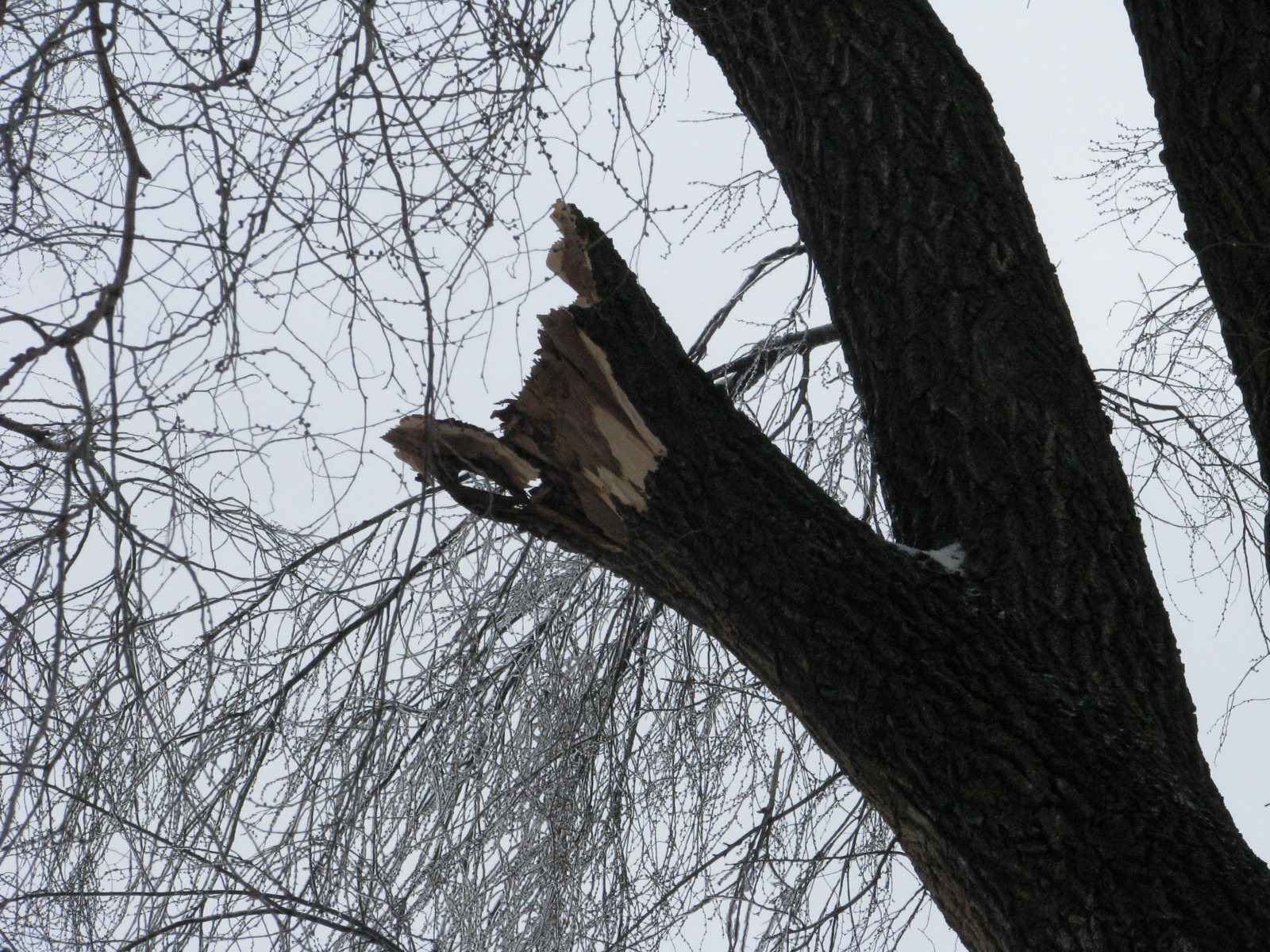 It's at least fifteen feet long, maybe longer if its tail were stretched out. 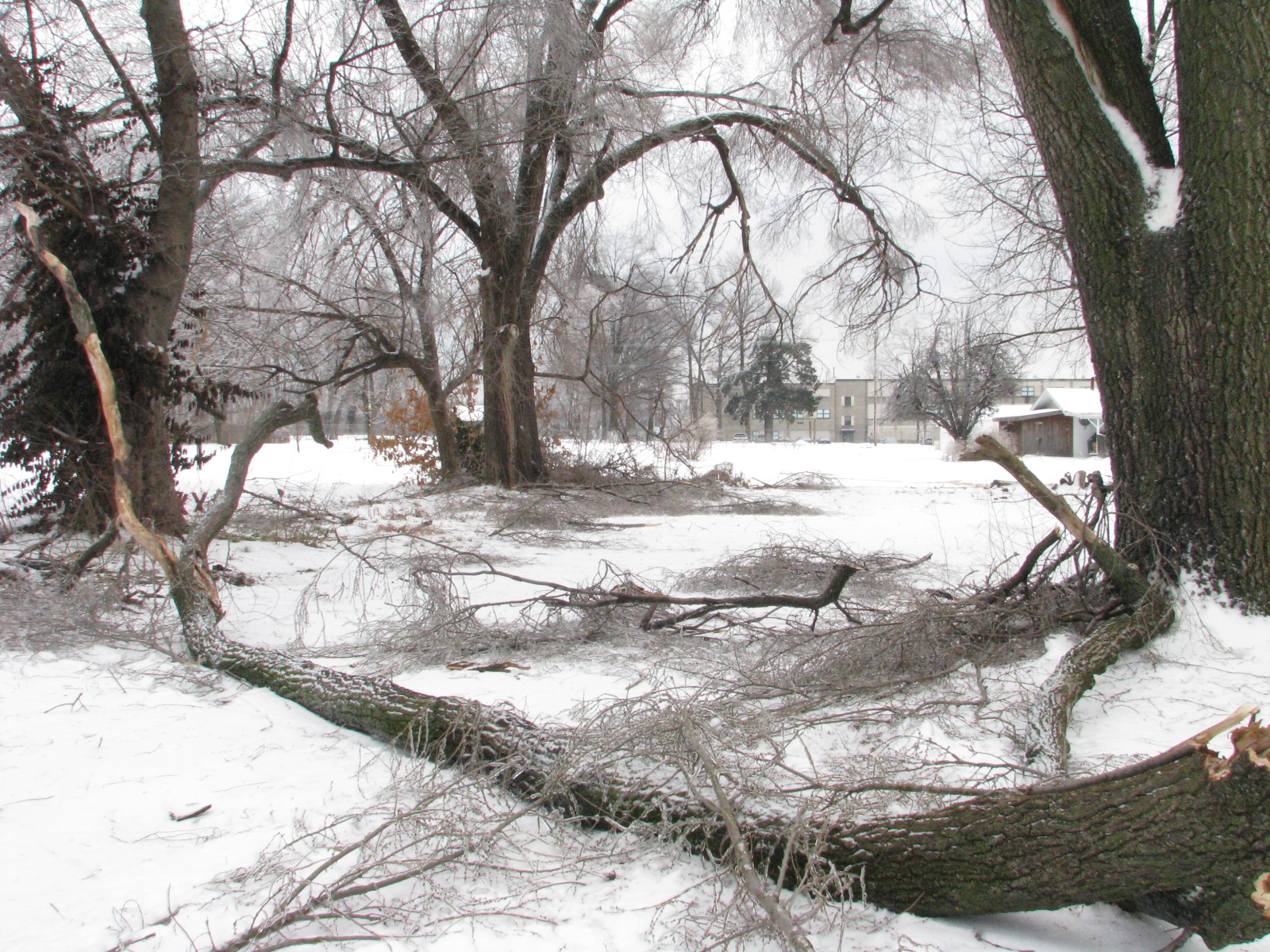 Now I need to find someone with a chainsaw to cut it up and split it for me. It's oak: I'll be burning it next year.