stopping at the mill

On my way home from the dog show I stopped at Weisenberger Mill, where I buy my flour. I make a trip there about four times a year to get it because none of the stores near me carry it. It isn't as old as the mill my father grew up in, owned by his father and grandfather, but that one no longer exists. As the granddaughter of millers I'm particular about my flour, and consider driving forty-five miles (instead of ten) quite reasonable. 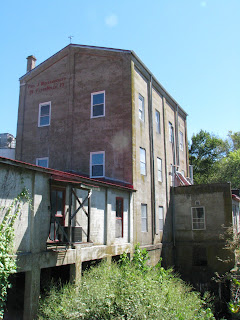 The building is a nice example of early local concrete work. 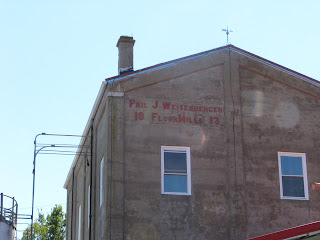 Here's the water that used to power the mill. There's been very little rain lately, although we're not officially in a drought. Usually the water spills over the entire expanse of dam: 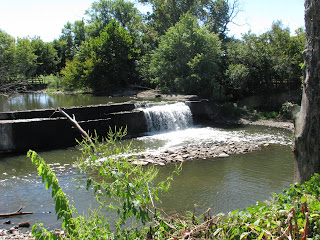 I was sitting on a guardrail with my back to the one lane bridge to take these and there was an amazing amount of traffic for a Sunday afternoon, so I was glad to get the angles I did get. 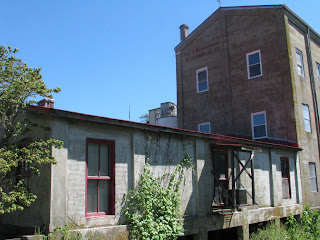 This is where I ran out of memory, something that has never happened before in the four years I've had this camera. Sunday was just full of good camera-fodder. 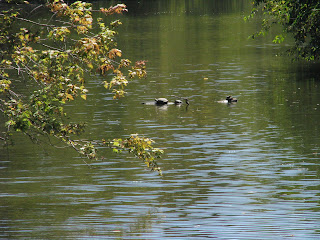