I didn't have half a bushel of tomatoes, because it's so late in the season that I couldn't buy that many local tomatoes. I kept waiting for the weather to cool off some (at least down from 90F!) so I could stand having the oven on all day. 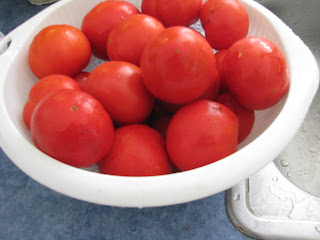 That's about half of what my friend with the produce stand had left of their own home grown (not seven miles from me) tomatoes. I was too late to get any of the heirloom ones. Next year I will just tough it out and start earlier in the season. 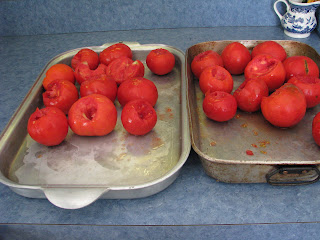 My two roasting pans are rather shallow. Before next year I'll have to find something larger. 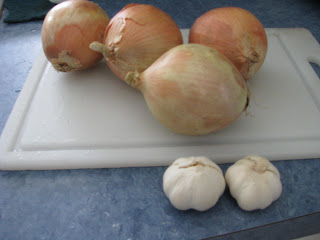 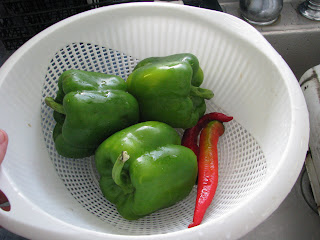 The basil was really fresh. 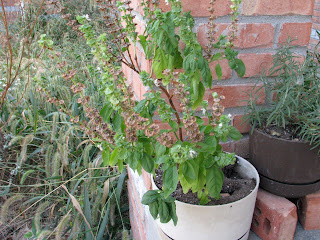 Yes, there was coffee involved in this marathon of chopping. 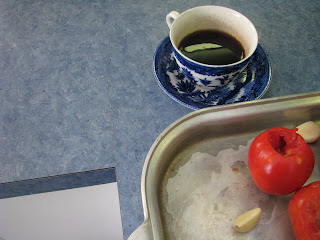 Beautiful colors. Too bad they will disappear with cooking. 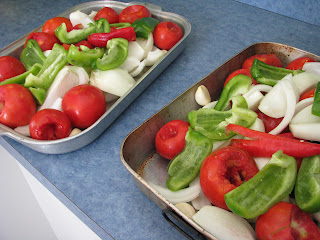 I ended up with less than two quarts of sauce, more of a paste consistency. Next year! With more tomatoes! It's delicious. I didn't take any pictures of the finished product because plastic freezer boxes look much the same whatever is in them.
Posted by solarity at 5:07 PM